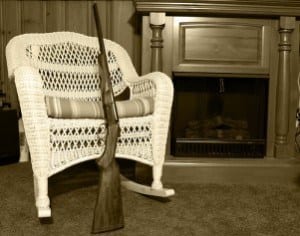 The second amendment is under siege amid calls for stricter gun control laws, according to gun rights groups across the country.  The groups are combining their efforts by calling for a “Gun Appreciation Day,” set for Jan. 19.
Groups behind the proposed Gun Appreciation Day include the Second Amendment Foundation, Special Operations Speaks, Revolution PAC, Conservative Action Fund and Political Media, Inc.
Supporters hope to achieve the same level of support as “Chick-fil-A Appreciation Day,” created for the fast-food chain after it faced criticism for opposition to same-sex marriage.  Supporters of the second amendment are ramping up their efforts as Vice President Biden initiated a series of White House discussions to discuss proposing stricter gun control laws.  The talks come just weeks after the tragic Sandy Hook Elementary School shooting.
Biden has already met with gun control groups, like Mayors Against Gun Violence, co-founded by New York Mayor Michael Bloomberg.
Second Amendment activists are infuriated over what they see as the government’s strategy to take their guns.  “If the American people don’t fight back now, Obama will do to the Second Amendment what he has already done to the First Amendment with Obamacare- gut it without a moment’s thought to our basic constitutional rights,” said Larry Ward, leader of the Gun Appreciation Day effort and president of the Republican consulting firm Political Media, Inc.
“People need to understand there’s another side, and there is a logic to that side.  This is not just an emotional, ‘Don’t take our guns,’” Ward told an ABC News reporter.
Ward and groups affiliated with the movement to introduce Gun Appreciation Day are calling on sympathizers to visit gun stores and firing ranges to exercise their second amendment rights on Saturday, Jan. 19.
The National Rifle Association will have their say Thursday, when a representative from the organizations meets with the task force.