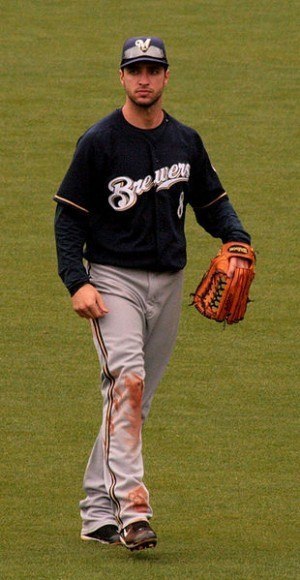 Ryan Braun won an appeal yesterday overturning a positive drug test that he took in October.  Major League Baseball strongly disagrees with the decision and the head of the U.S. Anti-Doping Agency said, “It’s a gut kick to clean athletes in baseball.”  Ryan Braun will be able to play for the Milwaukee Brewers without having to serve the normal 50-game suspension or forfeiting a cut of his salary.

Ryan Braun’s appeal was due to a technicality.  According to USA Today, “There was improper protocol followed in the collection of Braun’s urine … in that the sample was stored and refrigerated at the home of one of the drug administrators- but not sent immediately to the drug testing lab.”  USA Today also reported that there was no other proof that Ryan Braun took illegal substances, “and his 20/1 TE ratio [hormone testosterone to the hormone epitestosterone], they said, was impossibly elevated for an acceptable sample.  A TE ratio of less than 4/1 is considered normal.”  Since he failed the drug test in October, Ryan Braun has stood by his innocence, saying to a friend the day before the decision was made, “I know I’m innocent.  I’m at peace at whatever decision. But I know I didn’t do anything wrong.”

Ryan Braun’s appeal has put MLB’s drug testing program under the microscope once again.  Many people haven’t had faith in the system since it seems that that most players are guilty of using some sort performance-enhancing drug.  Ken Caminiti was the first player to admit using anabolic steroids and according to NJ.com. This June will mark 10 years since his confession.  In his testimony, Caminiti said, “It’s no secret what’s going on in baseball. At least half the guys are using steroids. They talk about it. They joke about it with each other.”

However, associate professor of medicine at the Hofstra Medical School and former official with the World Anti-Doping Association Gary Wadler commented on Ryan Brauns appeal, “I think it would be a terrible tragedy if players throw out drug testing and say it doesn’t work. In the legal world, there are cases that get overturned all of the time. You don’t throw out the whole legal system. There’s one argument it can be a positive because players do have recourse.”

Out of thirteen attempts, according to USA Today, Ryan Braun is the first ever MLB player to win an appeal against a positive drug test.