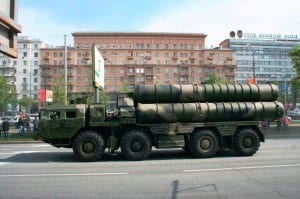 Iran to Receive S-300s After Sales Ban Lifted by Putin

Russia lifted a ban on the sale of state of art anti-aircraft S-300 systems to Iran. Russian President Vladimir Putin had signed a decree that allowed the self-imposed ban be lifted.

Iran had recently made progress in an agreement that would limit their nuclear development capacity.

The negotiations between Iran, Russia, China, US, France, UK, and Germany reached a conclusion very recently, and Putin hinted that further sanctions could be removed as the agreement progressed.

A full deal has yet to be reached, but it has a deadline on June 30, this year.

The move came with disapproval by the United States.

“Our opposition to these sales is long and public. We believe it’s unhelpful,” remarked Pentagon spokesman Colonel Steve Warren.

Moscow had withheld Iranian bought S-300s after the UN Security Council placed sanctions on Iran in 2010.

Israel has not ruled out air strikes on Iran to destroy Iranian nuclear capabilities, thus the sale, which makes air strikes riskier though possible, was condemned by Israel.