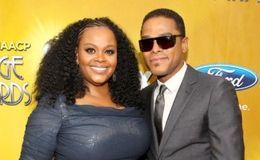 While you’re checking out Jill Scott’s latest, some B-Girls and funksters from the past have something to say

With two weeks left until Independence Day (or to the students not from the states, the day drunk idiots blow shit up in their backyards), I figured it was time to get the mood right and provide albums that have a independent spirit to them. And I don’t mean that in a patriotic sense, but independent in the way you’re liberated from any constraints, self-imposed or otherwise. Hopefully, these songs will set your mind to do what you want to do.

Jill Scott – ”The Light of the Sun” [Blues Babe Records]

If you want your Neo-Soul with a dash of funk, then Jill Scott’s newest release will definitely satisfy your appetite. If you’re hankering for a something a bit out there like, say, Jill singing over a beatbox by Doug E. Fresh, then you got it on the track “All Cried Out Redux”. The funkiness is quantified by the single “So In Love” featuring Anthony Hamiliton. Thus an album with a blend of uptempo tracks and familiar slow jams for you Neo-Soul fans love.

I Set My Friends On Fire – ”Astral Rejection” [Epitaph]

If you haven’t heard of the Miami band I Set My Friends On Fire (cute name, huh?), don’t worry. They formed in 2007 and have released one album, the just as creatively titled ”You Can’t Spell Slaughter Without Laughter.”  The new album, well, it can be best described as what the Locust would have been if they went pop-punk. You still have the snappy hooks and choruses, but it’s interspersed with growls and electronic keys that make this band a little more interesting than their peers.

Ah yes, Voivod. The Canadian metal gods. With eleven albums under their belts, these guys have stormed through the corridors of rock for nearly three decades. For those fans unfortunate enough to not experience the band on stage, ”Warriors Of Ice” provides the prefect substitute. The disc showcased their career, from “Voivod” and “Warriors Of Ice” off their first album to “Global Warming” off their 2009 ”Infini.”

Do you know your hip-hop? You do? Okay, do you know female emcees like L.A. Star, Five Star Moet and Sparky D? No, then you need to get schooled because ”Live and Kicking” is out. After being long out of print and on CD for the first time, hip-hop historians and lovers can get a hold of a piece of history. With tracks such as “You Can’t Break” and the Salt N’ Pepa diss “Write That Rhyme,” you can feel how it was back in the day.

And we’ll end this thing on some funk. But the not the glossy productions that you’re accustomed to. Nope. This brand of funk, coming from Washington D.C., is a gritty, down on the gutter type. The funk that’s been through tough times and spent nights crying over its surroundings. With songs like “Everybody’s Got a Problem” and “Dirt and Grime,” there’s no mistaking these cats for some sequin-coated jumpsuit wearing douche. Since this is the Numero Group, you know that A) this album is being released for the first time after decades in the vault and B) it comes with a ton of liner notes and pictures.