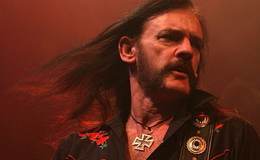 Avnat-grade rockers The Residents re-release a classic; Motorhead hits you upside the head with new album.

Hopefully, you had an awesome Super Bowl weekend. Whether you were rooting for the Steelers or the Packers, perhaps there are two things we all share: that the Black Eyed Peas performance at half-time was terrible, and Eminem lost whatever street credibility he had left by appearing in a commercial. I’m sure the following will help you cope with the mentioned events.

Motorhead – “The World Is Yours” [UDR]

The pioneers of all things Rock N’Roll and badassness are back! Whereas most of their “peers” are trying new bells and whistles to appease the teen bopper crowd, Lemmy and his crew are barreling through with the their timeless bombast and high energy sounds. “The World Is Yours” doesn’t break new ground because the ground is perfect the way it is.   Motorhead is letting all the kids today know they’re the best at what they do with tracks like “Brotherhood of Man” and “Born to Lose:”

For more than twenty years, Chicago’s Macabre has been blowing up heads and melting faces (not in that particular order) with its ever expanding sound. From metal, thrash, punk, hardcore and maybe some polka just for the hell of it, “Grim Fairy Tales” is another notch in their catalog of eclectic, yet hard-hitting, metal, such as “Nero Inferno,” a sing-songy romp through the netherworld as written by Dante Alighieri in the Middle Ages.

The ban’s “Locusta”just kicks your ass with its force alone.

Well, here’s another album by the band with the coolest sounding name, And You Will Know Us By the Trail of Dead. Fans like them for their music, while journalists like them because they can reach the required word count quicker. Name aside, this album has some quite impressive displays of sonic goodness. Imagine indie-rock with a dose of downers and a bottle of Jack Daniels. It’s hynoptic, calm and introspective all at once.

The Residents – “Not Available” [Ralph Records]

The Residents are a weird band. I mean weird, weird, as in they make Devo look normal kind of weird. But I say that in a good way. With a steady stream of albums since the seventies, the group (or one man it was rumored) has not only pushed boundaries, but eradicated themselves from existence. The reissue of the 1978 album “Not Available” comes with extended versions of three tracks. If you’re into experimental rock to the fullest, check them out.

With a list of music that’s hard, brutal, eclectic and weird, we’ll end with something chill. Straight out of Homestead, NY, Hus clearly knows his way around a microphone, with some luscious beats that are the equivalent of a glass of wine. Just check out this track “Dearly.” Another album with head-nodding brilliance.