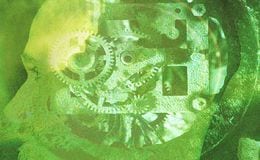 On pledges, partisanship and the people

Why can’t lawmakers come to a compromise on the federal debt ceiling?

The New York Times has an idea: written pledges that political activists and lobbyists ask politicians to sign. When it comes to assuring accountability, the thinking goes, making politicians stick to their campaign rhetoric and formalize promises in writing is the way to go.

Unfortunately, the Times said in today’s editorial, one of the most popular pledges “is the single biggest reason the federal government is now on the edge of default. Its signers will not allow revenues in a deal to raise the debt ceiling.”

The terms of that pledge, the Taxpayer Protection Pledge, are simple enough: “oppose any and all efforts to increase the marginal income tax rates for individuals and/or businesses” and “oppose any net reduction or elimination of deductions and credits, unless matched dollar for dollar by further reducing tax rates.” But, the editorial alleges, the pledge is not only simple, but too absolute.

According to the article inspiring the editorial, 95 percent of Republican Congressmen have signed the pledge, and the pledge’s Web site boasts thirteen governors and five lieutenant governors among its signers.

The Times argues that the prevalence of pledges among the conservative party has a divisive effect on politics, pushing absolutism to the extreme. Instead of being able to work out complex issues, the editorial argues, “each pledge they sign undermines the basic principle of democratic government built on compromise and negotiation.”

In the article, the Times also quotes one Republican strategist, Alex Castellanos, as saying, “The danger of these pledges is it does prevent candidates from achieving 80 percent of what they want.”

So what’s the real effect of these pledges, and if they’re so bad, why have them?

I think the Times has it right when it says these written pledges are simply responses to ideologues who were unhappy with existing methods of dealing with accountability. After all, a politician is held accountable by the media and his or her own party, but the ideologues felt that past cases like Ronald Reagan had shown that politicians could not be trusted to stick to their campaign rhetoric when in office.

Sure, people vote for politicians because of their rhetoric, and because they agree with (some) of their policies, but not everyone agrees 100 percent with the politicians they vote for. As someone who doesn’t stand at a political extreme, I think it’s important to tackle individual cases as individual cases, rather than being held to blanket ideological statements. Maybe neither side can declare a victory when they have to compromise, but the idea is that the people win, not parties or politicians. Isn’t the idea of negotiation one of the core principles behind our system? Our elected officials represent us, and we are more than one person, more than one platform.

There’s a lot of talk these days about divisive, partisan politics, and commentators blame a lot of people for it. It’s the mainstream media’s fault for taking sides — the rise of Fox News, for instance — or the rise of political bloggers and the Internet, or the tea party, or anything, really. It’s easy to point at things and blame them for partisan politics, but hasn’t politics always been a tense struggle between partisan ideology and bipartisanship? Politicians have always had their views, and hasn’t it always been about getting people with different views to figure out where they could, should, or must compromise for the good of the people?

Glenn Beck is polarizing, and so is Sarah Palin — but their jobs have always been, essentially, to pander to us. So if we want to blame someone for partisan politics and for the ridiculous absolutism of modern political negotiations, maybe we should start with ourselves.

When I wrote about Nancy Grace, News of the World and tabloid media, I called for a greater self-awareness in the public, a deeper understanding of our own role in the things we hate. Sure, there’s always been the idea of voting out a politician we disagree with, but do we really need them to sign a pledge with no room for change?

I can understand why, for some, these pledges are a no-brainer. After all, for some people, signing a Pro Life Leadership Presidential Pledge is the same as signing a pledge supporting a fundamental human right. To them, asking a candidate to sign opposing abortion is like asking a candidate to pledge not to commit genocide, or not torture political enemies. For some, a Marriage Vow is like signing a Common Sense vow.

See, it’s one thing to pledge to uphold some universal principle that most — if not all — would agree with. But here’s the thing: you don’t need a pledge to refrain from genocide, you don’t need to pledge support for freedom of speech. To most, that would be like signing a pledge to eat, breathe and drink. The whole point behind these pledges, though, is that these are issues that are contentious, issues that are not universally agreed upon. Ideologues want politicians to sign a pledge in order to bind them to their promises, but the problem is that their promises, their positions, can and should be open to change, interpretation and evolution.

Being open-minded doesn’t mean being empty-minded — in fact, it’s quite the opposite. When people are open to opposing views, interpretations and theories, they’re able to take in more than people who have pre-judged situations and have closed off their minds to change. Aren’t open-minded, thoughtful politicians exactly what we want? I know I for one would rather have a politician be willing to contemplate than go straight into close-minded rhetoric. We sometimes make big deals out of politicians’ educations, comparing backgrounds as one proxy measure of their ability to be level-headed in the face of heated debate, their willingness to think rather than speak and their capacity for genuine, well-intentioned debate and negotiation.

We can blame pledges all we want, or the ideologues behind them, but we should start with ourselves. We might not be the only ones at fault, but we should first consider our own roles in the state of politics today. If more people called for compromise, if more of us paid more attention to newspapers and less to tabloids, we might find ourselves in a very different place not long from now. Written pledges? The external manifestations of all our internal desires to have our politicians do what we want — absolutely and at all times. But things like the economy, taxes, abortion, marriages rights, etc. are not simple, absolute issues in our society. For some people, the answers are absolute, but until we can all agree we should keep our hands as free as possible. Why tie ourselves down?

After all, who would sign a pledge opposing self-growth, introspection and open-mindedness? If we want to maintain a level of reason in politics, let’s stop calling for pledges. We could all learn a little from Jon Huntsman, who is quoted by the Times as refusing to sign any pledge at all. “I don’t sign pledges — other than the Pledge of Allegiance and a pledge to my wife,” Huntsman says.

Hmm, a leading politician refusing to sign any pledges? Just to make sure, we should probably have him sign something…