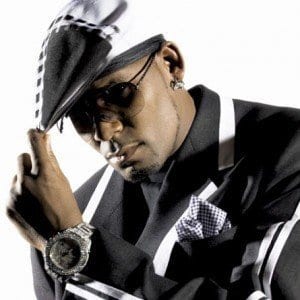 The Trapped in the Closet saga is back after a five-year hiatus and R. Kelly is not kidding around. The rapper is adding 20 new installations of the rap opera featuring the drama of Sylvester, Cathy, Twan, Big Man and Lucius the Pimp.

While R. Kelly has written a good 30 new installations of Trapped in the Closet, 20 of them are right now making it to the screen starting the day after Thanksgiving. The rap opera will show on and R. Kelly says “these next chapters of Trapped in the Closet is gonna be so crazy.” released a sneak peak of the highly anticipated 23rd chapter, featuring stills of a narrating R. Kelly contemplatively holding leather-bound books and staring off into the distance pondering the trials and tribulations of the characters.

“Could this be another case of what goes around comes back around / And what must go up must come… / Well, y’all’ve heard the saying, y’all get the point / Let me get back to the story…” he raps in what I’m assuming is the most beautiful and painfully teasing trailer of the year.

Forget Thanksgiving, I have to get my hands on one of the next chapters of Trapped in the Closet as soon as possible.