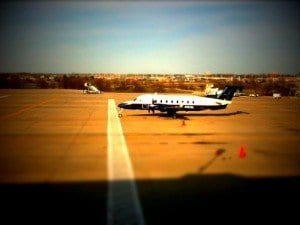 The small plane crash killed all on aboard, but no one on the ground.

The plane, spiraled out of control, and then hit a wooden median strip before skidding onto the roadway and exploding. No one on the ground was injured.

Jefferey Buckalew and Rakesh Chawla of New York investment banking firm Greenhill & Co were aboard, along with Buckalew’s wife, two children and a dog.

Buckalew was the owner of the single engine plane and had his pilot’s license.

The plane was headed to Georgia. FAA spokesperson Jim Peters said that the pilot had requested clearance to a higher altitude, the garbled transmission followed and then the plane dropped off the radar.

The official cause of the plane wreck is still unknown.

The company released a statement saying, “the firm is in deep mourning over the tragic and untimely death of two of its esteemed colleagues and members of Jeff’s family.”