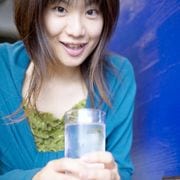 Frances “Baby” Housman from the classic film Dirty Dancing aspired to join the Peace Corps. Baby’s dream, in turn, has inspired Tiffany Jaimes, a 2008 California State Polytechnic University graduate, to pursue her dream of making a difference by joining the Peace Corps. And Jaimes is just one of over 7,000 young Americans working in the organization that sends volunteers to over a hundred different countries.

Like Baby, Jaimes fell in love with the idea of traveling to a different country and learning more about different languages and cultures. Now, as a youth development officer in the Federation of Saint Kitts & Nevis — a two-nation island in the Caribbean, her focus lies in enriching the lives of young girls by building their leadership and interpersonal skills. She also works for a peer mediation program at a nearby campus, teaching conflict resolution to students.

Jaimes considered the Peace Corps as a marriage between two of her passions: traveling and service work. In late August of 2009, she began her two-year commitment at Saint Kitts & Nevis and found the island to resemble little of what she had anticipated. While the island itself was beautiful and well-developed, pollution, joblessness and lack of education posed several issues to the community.

Unlike the usual nine-to-five workday in America, the Caribbean pace is less rigid and structured. About ten months ago, Jaimes went to town for her Friday errands dressed in shorts and a t-shirt, while others around her were dressed quite formally. Her lack of formal dress surprised a group of kids playing by the road.

Jaimes says that the best part about being in the Corps was the moment when she felt truly integrated and embraced by her village. In early July, a tropical storm hit the island and it rained for days. Streets were flooded, fences were knocked down and cars were swept away. Immediately after the rain, the community began to clean, and within a day or two you would not have known much of the damage existed, she said. She checked on her neighbors to make sure they were all right, and some of the Peace Corps volunteers helped rebuild fences and clean up the damage. It was a good feeling that her neighbors thought to include her in what was going on and the process of decision-making, she said.

For those aspiring to join the Peace Corps, Jaimes recommends that they throw all of their expectations out the door. For her, the experience has defied expectations in many ways. For instance, she never thought she’d miss American food so much nor have so much difficulty communicating to English speakers on the island. She added that while there are many challenges and adjustments volunteers have to make, it’s a positive thing because it forces them to apply themselves and see things in a different light. For Jaimes, the experience has taught her a lot about herself, and she feels like she will always have a home on the island, as though she was a part of the family.

Danae Paterson also dreamed about joining the Peace Corps since she was 13-years-old. The soon-to-be UCLA graduate was recently accepted and will begin her service next February in Francophone Africa. Her parents were nervous but supportive of her decision.

“It’s a huge transition” Paterson said. “You can go from a fast-paced, modern lifestyle to something on the extreme other end. [You’re] adjusting to a new way of seeing the world and a new language.”

While her stint in the Peace Corps will likely be a huge change for her, Paterson thinks she can handle the challenge.

“I want to leave knowing I made a difference in someone’s life.”