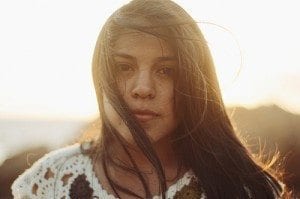 Medical experts say the screening test for ovarian cancer is not worth the risk.

Ovarian cancer screening tests sound like a good idea since ovarian cancer is the fifth-most common cause of cancer deaths in women, but an advisory panel has reaffirmed its 2004 warning against the procedure. The U.S. Preventive Services Task Force (USPSTF) discourages the screening after much research because the test can lead to unnecessary surgery and does not necessarily detect tumors earlier than doctors can detect them via symptoms.

“There simply is not currently a method of screening that works,” Dr. Virginia Moyer of the USPSTF told Reuters Health of the ovarian cancer screening. “The two most common methods actually result in greater harm than benefit.”

A survey revealed that doctors recommend ovarian cancer screening and see it as effective, even though there is no evidence that says this is the case. The screening, done either by a transvaginal ultrasound or a blood test called CA-125, actually put women at risk more so than potentially detecting hidden ovarian cancer. There are no organizations that actually promote the test.

Moyer spoke on a study done to compare screened versus non-screened women, explaining how half of the 78,216 women that participated were screened with transvaginal ultrasounds and the CA-125 blood test mentioned earlier. The other half of the women were not screened at all. Moyer concluded that “it made no difference in the outcome.” In other words, the test did not detect the screening any earlier than doctors did from symptoms, therefore there is no early detection advantage.

Ladies, this means be careful, be aware and be educated. The experts are still holding out for better screening tools to be developed. In the mean time, Pat Goldman, founder of the Ovarian Cancer National Alliance, advises, “The important thing to remember is that if women do have symptoms or have a family history of ovarian cancer, they need to see a doctor.”