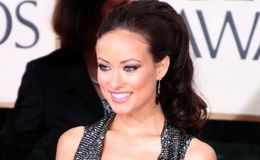 The actress, who has been on the show for four years, express this about possible reasons why her character is leaving the show ,“There’s a few good reasons for [Thirteen] not to be working anymore as a doctor. She’s had a disease for a number of years and she doesn’t necessarily have that many years left. At this point she’s struggling with that dilemma. But of course it’s always up to House. No matter how much he drives them crazy, he’s still the most compelling and dynamic person to work for. And ultimately, it’s resolved for her.”

The cast expressed how sad they are to see Wilde go.

The reasoning behind Wilde’s career is to focus on her movie career, though she says, “my film career is thanks to ‘House.’”

The Irish-American actress has eight upcoming films, according to IMDb.
To read more: click here or click here.