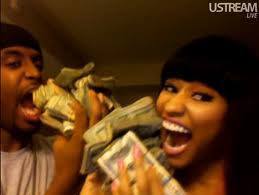 EDM out of Chicago is the precursor to “Starships”

Nicki Minaj got her wildly successful song “Starships” out of Chicago? Allegedly, yes. Clive Tanaka, EDM star based out of Chicago, is suing Minaj for plagiarism of his 2011 song “Neu Chicago.”  Tanaka is claiming copyright infringement, and his representative says that collaborators with Nicki Minaj, like RedOne– are citizens of Sweden, and may have been there to hear “Neu Chicago” being used for multiple Swedish television advertising campaigns.

Clive Tanaka came out with a mashup of the two songs, called “Neu Starships,” which is undoubtedly a testament to the Minaj’s piracy, and Tanaka’s attorney is confident enough to say “they are similar to the point that it is nearly impossible for it to be a coincidence.” Hopefully, Chicago and its euphonious inhabitants get their due credit.