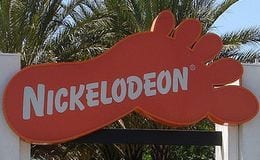 Running time of the old-school Nickelodeon shows will increase

Nickelodeon began re-running episodes of ’90s shows, such as “Doug” and “All That,” back in July of this year. Drawing the attention of an older crowd, Nickelodeon decided to run the shows on their channel TeenNick from midnight to 2 a.m. and then the reshowing from 2 a.m. to 4 a.m.

However, as of Friday, these reruns will begin running at 10 p.m. ET, rather than midnight. The reruns will also be broadcast on weekends as well. TeenNick will also be introducing “Hey Dude” into their nightly block on Saturdays and re-employing Stick Stickly, the narrator that introduced the shows in the ’90s.

Social networks such as Twitter and Facebook have helped spread the word about the rebirth of these ’90s favorites. And for the time being, viewers can enjoy them even longer and don’t have to stay up too long past bedtime.