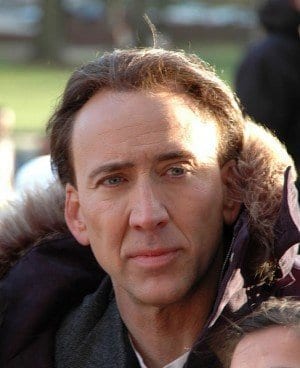 Owned an island, a 28-room castle, and married three times

Nicholas Cage recently paid $6.25 million he owed in back taxes but still has more to pay the IRS. The Ghost Rider star was covering some of the back taxes he owed in 2007. It is estimated that he still owes $7 million more.

Nicholas Cage told People magazine in 2010 that he owed $14 million in back taxes. “Over the course of my career I have paid at least $70 million in taxes,” he told People. “However, I am under new business management and am happy to say that I am current for 2009. All taxes will be paid including any to-be-determined state taxes.”

The recent payment comes from the money Cage received for his role in the Ghost Rider sequel, Ghost Rider: Spirit of Vengeance. The film surprisingly received terrible reviews; on RottenTomatoes, the film received an 18 percent rating from 96 reviews and has this blurb to go with it, “With a weak script, uneven CG work and a Nic Cage peformance so predictably loony its no longer amusing, Ghost Rider: Spirit of Vengeance aims to be trashy fun but ends up as plain trash.”

But, the film paid the bills for Nicholas Cage who has had four of his homes foreclosed on, one of which was a 28-room castle in Germany. The lavish movie star even owned an island at one point.

Cage recently settled out with his ex-wife for $13 million. She was one of three wives for Cage who ranked as number six on Forbes list of Most Overpaid Actors.