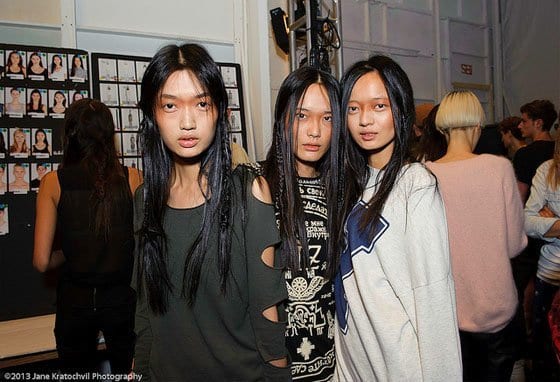 NYFW must evolve with technology in order to stay relevant

Immediately it might be wondered what technology could possibly have to do with the New York Fashion Week, a prestigious event embracing artistic design in the world of garments since 1943. Technology is a hot topic in modern culture, seeping into every nook and cranny of article lore and respectable literature  — and yet, what bearing could it have here? Technology has radically changed the face of accessibility, publicity, and education as a whole, extending itself even into the riotous and colorful world that is the fashion industry. The answer to our question lies in the simple fact that today, not only do the vast majority of American citizens know about the New York Fashion Week, but that the majority of global citizens know about it. Even more dramatically, the public access to the Fashion Week has become something astoundingly open, something, perhaps, the founders of the NYFW never believed possible.

American fashion was a forgotten byproduct of the trends in Paris prior to World War II. Because of the inaccessibility of Paris during the war, fashion journalists were forced to twiddle their thumbs at home rather than glean the juiciest fashion bits that France had to offer. Eleanor Lambert saw in this situation a sparkling opportunity for fashion culture in America and successfully made use of it, uniting together American designers in New York in 1943 to present a showcase of their work called “Press Week.” Just over 50 years later in 1994 designers would be melded together into one stupendous event hosted in New York for a week: thus, the New York Fashion Week was conceived. Initially the shows did not attract much general publicity or celebrity attention. This, however, has been rapidly changing over the years. By 2010 the tents that originally hosted the NYFW were so overfilled with guests and designers that a new location had to be chosen. Now, in 2015, the NYFW is at its most glamorous, opulent, and expansive.

The increase in popularity that the NYFW has shown is neither an accident nor a fluke. Undoubtedly, the skillful mastery of the art of fashion shown by American designers has a great deal to do with the expansion of its famous name. However, something else has been steadily increasing along with the popularity of the fashion week: the popularity of social media and media as a whole. The impact of social media across the board of human affairs can’t be overstated. Suddenly, people have incredible amounts of access to incredible amounts of… everything. And not just some people —  all people. Reality shows like Project Runway have made such a dramatic impact that they have been scheduled into the NYFW itself as a valuable and celebrity-worthy event.

Fashion has also rewritten itself into an entirely new industry, represented by television series such as the aforementioned Project Runway and America’s Next Top Model. Fashion has become entertainment. These shows only exist through the advancement of technology and the flourishing of modern media, and they do breathtaking amounts of publicity and advertising for the fashion industry as a whole, in particular with events like the New York Fashion Week. This show, once a relatively underground affair for those in the know, has become accessible for everyone with an interest and an inclination. The website for the New York Fashion Week itself is a prime example of the drastically shifting landscape that shows, like the NYFW, find themselves having to adjust and evolve into in order to stay edgy and modern.

Visit the NYFW website’s listing of the week’s schedule to see this radical change in accessibility for yourself. The Master Schedule outlines each day’s events with times and names, and encourages more eager parties to contact designers themselves for final confirmations on locations. There is even a link with a similar calendar listing which events have ticket availabilities for the public. This is all immediately accessible online, and dozens more platforms offer live interviews, videos, articles, and everything you can imagine having to do with the New York Fashion Week. And this is only the beginning. Technology will only move forward from here, bringing with it an immense opening up of accessibility, publicity, and education for events around the world such as the New York Fashion Show.

Previous ArticleThe Highs, The Lows: How Everyday Can Be A Learning ExperienceNext ArticleLife Lessons After Graduation