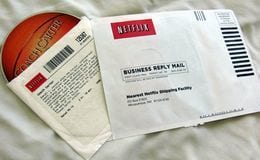 Netflix was placed in the hot spot last month after announcing that the company was going to separate its DVD by mail and streaming video business, according to the Wall Street Journal.

Chief Executive Reed Hastings has publicly acknowledged that the company made a mistake with the idea after realizing how unpopular the idea was among current members. Members became upset in July, after the one of the subscription plans was raised from $9.99 a month to $15.98, and then again in September with the announcement of Qwikster, the separate DVD mail business.

With this announcement Netflix stock is up about 3.5 percent to $121.27 today, after falling nearly 40 percent in the last month.

The only change that will occur now is an internal one, involving the DVD division moving offices. Customers, however, will not see any difference. Netflix spokesman Steve Swasey says “We underestimated the importance of the integration of the two services.”

Prices are still set to stay the same, which has some customers still upset.