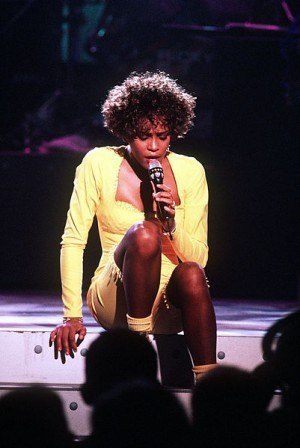 Controversy erupts over LAST PHOTO! of the diva

The publisher of the “National Enquire” reportedly told Fox News that she felt the cover of their latest issue, featuring Whitney Houston’s corpse in her casket, was beautiful.

The move by the tabloid to publish Whitney Houston’s casket photo on the cover of the most recent issue has been referred to as ‘distasteful’ and ‘too soon,’ and their media peers are vocally rising up against the “National Enquirer’s” actions.

The cover of the tabloid, which reads “Whitney: THE LAST PHOTO!,” features the singer in a gold casket with her nickname “Nippy” embroidered on the silk cover behind her. The cover also highlights that Whitney Houston was buried in her favorite purple dress with over $500,000 worth of jewelry.

“The Enquirer struck again with its latest cover featuring Whitney Houston in a casket. It’s just another disgusting display of how low celebrity obsession can stoop. Regardless of how they obtained the picture — and the likely exorbitant price they paid for it, the Enquirer should have thought twice about this post-mortem portrait,” Denise Warner, the Executive Editor of HollywoodLife.com told Fox. “No one needs to remember Whitney preserved in formaldehyde. And it’s certainly not an image that is necessary in the discussion of her life and death.”

Sadly, Houston’s family went to great lengths to ensure that the funeral held in Newark, New Jersey, Whitney’s hometown, was kept private and media-free. Though, the picture appears to be taken during a private showing of the body. Which raises the question, who snapped the photo?

This isn’t the first time that the “National Enquirer” pulled this type of cadaver stunt. In 1977, they published a photo of Elvis Presley in his casket, and they did the same with John Lennon in 1988.

Whitney Houston died at the age of 48 in her Beverly Hills Hotel on Feb 11. The cause of her death is still unknown and is still under investigation.