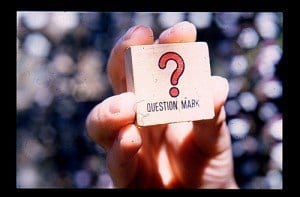 It can’t possibly be as bad…right?

Planet Earth certainly does enjoy their tall tales and urban legends: Bigfoot, the Loch Ness Monster and the Mysterious Hum. Wait, you’ve never heard of the mysterious hum before? Well I assure you that it totally exists and I’m not being paranoid…I’m not crazy!

The eloquently-named mysterious hum has been plaguing people around the world for over 40 years. The mysterious hum is a low-frequency buzz that pesters people in places far and wide including Taos, New Mexico; Bristol, England; and Largs, Scotland.

We don’t have much information on the hum, but like all things in the news media, that doesn’t stop us from speculating. We sure do love speculating!

This absurd phenomenon has garnered so much interest that there have been many scientific investigations into the mysterious hum. In 2003, an acoustical consultant named Geoff Leventhall noted that most people who hear this strange noise are ages 55 to 70.

The mysterious hum is generally only heard indoors and is louder at night than it is during the day. Parts of the world that have noted the hum’s occurrence are typically rural areas that don’t have the loud noises of a larger city. Only a small portion of people in these areas have actually claimed to have heard the mysterious hum, around 2 percent.

Those who have studied the mysterious hum seem fairly confident that its roots are based in science and are not in fact as a byproduct of frequently wearing aluminum foil on your head. Some researchers believe that it is a result of low-frequency electromagnetic radiation, with only certain people being able to hear it.

Though they do not believe the mysterious hum is anything fantastical, scientists have also not disproved that the ability to hear this annoying sound could be the development of the worst super power ever.

Perhaps the origins of this irritating hum, this Tyler Perry of noises, will stay hidden forever. On the other hand, maybe the small percentage of people who actually hear the hum are sleeper agents who will be activated by their alien warlord masters who have finished their decades-long journey to travel to our planet and have just arrived.

Or maybe some guy just left his radio on the wrong frequency. I don’t know, what do you want from me?