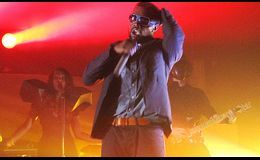 Kanye West has made yet another great album

I’m pretty sure everyone knows how much of an ass Kanye has made of himself in the past year. No one needs reminding about his Taylor Swift incident at the VMA, and I’m not sure how many people approve of his decision to replace his bottom row of teeth with diamonds and gold. I’m guessing two, himself and whoever he paid to do the procedure. But whatever you may think of the man, he has made an amazing album. No, I take that back. He has made an INCREDIBLE album. It is intelligent, innovative, masterful, and many of other positive adjectives I’m not thinking of right now.

Kanye starts off the album with a sample that ends by telling you to “zip it, listen!” and that’s exactly what you should do. The production throughout the album is grandiose, yet every chord, bass line and sample falls into place beautifully. Kanye boasts unashamedly through “Dark Fantasy”, “Monster”, “Power”, essentially through half the album, and the production makes you feel that you’re up there at the top with him. In the other half, he reflects on how bad he is in relationships and pokes fun at himself in “Runaway”, muses over his woman in “Devil in a New Dress”, talks about the downsides of the high life in “So Appalled”, and talks more about relationship screw-up in “Blame Game”, which ends in the funniest part of the album, courtesy of Chris Rock. Not to mention the slew of talented artists he brings for the ride, such as Kid Cudi, who supplies a solid hook for “Gorgeous”, Jay-Z, John Legend, and Nicki Minaj, who lays down her best verse to date, while sounding like Lil Wayne plus estrogen. Also, one listen to Bon Iver’s performance in “Lost in the World” will prove that he is the only person in the world who should still use auto-tune. The only song that should be skipped is “Hell of a Life”, which is impressive for a 13 song album.

This album will make you feel powerful, make you laugh, make you nod your head and make you think all at once. If this is not Kanye West’s magnum opus, then God help us all when his next album drops.

To listen to the full album, go here.