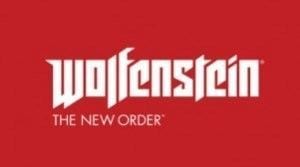 That’s probably why we fought them.

And thank goodness we won because, despite the word ‘Nazi’ being thrown around today as a sort of insult or for someone who is overly strict, the bastards were evil. Machine Games, the developers behind Wolfenstein: TNO, captured the essence of the Nazis perfectly and in doing so created a game that, at times, makes you want to look away.

Though the game is a reimagining of the classic first-person shooter that released in 1992, there are brilliant nods to the game that, for many, was most likely their first experience with an FPS. Weapons, enemies, and level construction is eerily reminiscent of the 22 year old game and, if you’re thorough, even contains a level of the original game as an easter egg.

As Blazkowicz, you’re fighting back against the Nazi regime, but you’re grossly outnumbered. The game initially has you fighting in World War II and the introduction does a magnificent job of introducing you to a lot of the gameplay elements you’ll come to recognize on a deeper level as you progress through the campaign. Machine Games uses this opening level to introduce the dark, gruesome storyline that you’ll be witness to, as well. But, like the overall gameplay and the story, the disgusting deeds performed aren’t shown to players, instead you witness Blazkowicz’s reaction, which in it itself makes you realize how awful these particular Nazis are.

The most surprising part of this FPS is that, in parts, stealth action is a necessity. Where most war-themed FPS games are simple run-and-gun thrillers, Wolfenstein: TNO lets players choose their own style. In fact, an entire perk system is built around your preferred play style. If you’re more a run-and-gunner, you’ll unlock larger ammo clips and can even upgrade weapons from random collectibles in certain levels. The players who prefer a slow, methodical approach will earn stealth perks that allow you to hold more knives, faster stealthed movements, or quieter running, to name a few.

The brilliant part of the overall game is that players are forced to swap back and forth from fast-paced combat to a slower, stealthier approach, then back to high-action combat again without ever feeling like it’s forced. The transition is smooth and painless and you’ll appreciate the game more for having shown you its potential.

Alas, it’s not without problems. The most glaring is that this is shooter and some of the boss fights are simply bad. I’ve taken a hard stance against boss fights in shooters anyway, but here they’re particularly frustrating. While I certainly appreciate a game that doesn’t hold your hand from moment-to-moment, oftentimes you’re left wondering what you should be doing to continue your story. Audio cues sometimes are spoken during the event, but they’re easily missed. The last boss in particular took the game from a fantastic, memorable experience and ruined the hours I had put in to get there. There should never be a reason for players to intentionally get the enemy stuck on terrain in order to complete the mission.

But that’s indeed what I had to do to finish.

With interesting side missions, collectibles, alternate history, and ruthless, bloody action, Wolfenstein The New Order was 99% of a fantastic experience. The destructible environment and unrelenting enemies will make you remember why Nazis are the epitome of evil. The stealth mechanic works magnificently, but doesn’t let players lean on it as the crux of the experience. Seamless transitions from area to area and a difficulty that scales generally well make the game worth playing.

Unfortunately, those boss fights remain and are the low-point of the entire event. The NPC characters themselves are magnificent and embody some of the most dastardly, arrogant personalities to have graced your screen. Still, the build-up and eventual battle with them was disappointing each time.