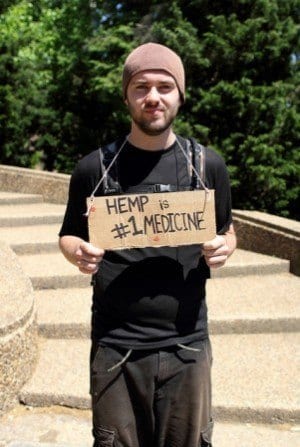 These colleges have the most notable 420 cultures

When it comes to higher education, these colleges will undoubtedly give you the biggest bang per buck in the entire country. It’s no secret that obtaining a degree at one of these fine institutions can cost an arm and a leg, plus interest. Bottom line: if you’re paying the equivalent of a Lexus every year for “higher education,” you’d better be sure you’re getting higher than you’ve ever gotten before.

10. University of Illinois at Urbana Champaign

I can speak from personal experience on this one. While you may not find the absolute dankest, emerald triangle-esque buds here, you’ll certainly find widespread acceptance of the marijuana culture, and plenty of people with access to fairly potent strains. Out-of-towners (especially those bearing bright green gifts) will find friends almost immediately. However, U of I is a very large college with a very large campus, so obviously there will be multiple cultures intermingling from time to time. There are a lot of frat boys and jocks here as well, who may be less into the ‘culture high’ as they are the ‘culture hammered and barf all over your friend’s shoes’. Also, if you’re caught with marijuana you could be expelled. So,that’s no good.

Ithaca college has essentially equalized its regulations concerning drinking and smoking, meaning you won’t get in any more trouble for pot possession than you would for beer possession. This highly pragmatic approach should relieve at least some of the stress that goes along with studying for and taking a final while completely stoned and/or drunk. Additionally, Ithaca college’s Students for Sensible Drug Policy (SSDP) managed to secure “medical amnesty” for weed and other such substances, which was signed by the college president.

There isn’t much to say about Bard college and its relationship to the herb, other than, in 2008, a professor was busted for growing sixteen pot plants of considerably high quality. With such professorial mastery over the art of growing pot, it’s no wonder he was the most beloved teacher on campus by all the cool kids. I can just picture him giving a “post-lecture wrap up” for any students who “require additional learning”

The University of California at Santa Barbara. The fact that it’s in California already tells you most of what you need to know. Students here get to enjoy a nice ocean breeze off the Pacific, sunny skies pretty much 12/7, and the benefit of being able to purchase medical marijuana for things like back pain, anxiety, or cancer. On top of that, the campus’ substance abuse policy is written in such a way that allows for some wiggle room:  “[students] Shall not use illegal substances and shall not abuse legal substances in a manner that impairs scholarly activities, job performance, or student life.” Which is basically saying, “Whatever brah, do all the illegal activities you want just don’t let it interfere with your academic success and ability to relate to other human beings, brah.”

It’s in Humboldt county. One of the three that comprise the famous emerald triangle. Marijuana produced in this region is among the best in the world—second perhaps to buds produced in the British Columbia in Canada. Moreover, this region produces a significant portion of the United States’ domestically grown marijuana. Humboldt county is basically home to a practically endless supply of the highest quality weed you can get. You’d have to be impossibly, irredeemably stoned to think that a college located right in the middle of all that wouldn’t be 420friendly.

This cozy little college amongst the palms allows its students to design their own curriculum; to create their course in psychedelic studies and go on to perform experiments using themselves as human guinea pigs. Want to find out, legitimately and academically, what happens in your brain when you smoke weed and drop acid at the same time? Enroll in New College of Florida!

This is an institution that attempted to impose a smoking ban on campus and in dorms, but then later ceased such attempts after giving in to the student body’s very loud, and organized, uproar. It shows that the unity among the students and the influence they exert is greater than the whims of the administrators. Rest assured, pot heads, you are safe here.

Is it really any surprise that so many California universities appear on this list?  On April, 20th 2013, thousands of students and college-aged men and women lit up in Santa Cruz’s Porter Meadow. The cloud of pot smoke rose and billowed out like a pyroclastic cloud from a massive volcano—and not talking about the Mt. St. Helens kind either. Though the event was not sanctioned by the university, it became an annual holiday: Weed Day. Campus officials estimated around 4,000 participants showed up to get stoned. Pot heads will certainly find themselves in good company here.

Weird, right? I totally didn’t expect this one either. But U of W actually has an extensive history of anti-establishment ideals. In fact, “the Onion,” our nation’s most trusted news source, was founded here. U of W also hosts one of the nation’s largest annual Halloween gatherings. Though the Madison Police  certainly don’t mess around when it comes to Halloween, they are far more lenient when it comes to marijuana. You will most likely be let off on first offense if you possess less than an ounce.

Big shocker. Boulder’s reputation as the most weed-friendly campus in the United States is scarcely unknown to anyone. Throw in the fact that Boulder county is the nation’s second marijuana Mecca, with bud production in quality and quantity that rivals (or in some cases even exceeds) that of the emerald triangle, and you have a perfect recipe for the number one spot on this list.  Moreover, the vibe of the student body couldn’t be more chill. Student life is so enchanting that some students even lose sight of their academic commitment, and fall victim to “the life”. That being, enjoying the company of some awesome people while sharing a dank bowl, taking psychedelics, listening to music, enjoying the gorgeous landscapes, or all of that at the same time; and then going to Red Rocks to see STS9 and getting your mind completely blown.  That’s what I consider to be a Higher Education.