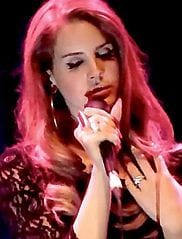 With Valentine’s less than a week, now is the time to think of some cool gifts for your sweetie.  In addition to the typical candies you’ll buy at the local drugstore, maybe you take a gander at the list and see if your SO will feel any of these.  It’s worth a shot.

Let us, for a moment, drop all the hype and all the bullcrap that was attached to Lana Del Ray from our minds.  Let’s forget about the horrible performance on Saturday Night Live and all the other attacks that came even before her album even came out.  Let us ask one question and one question only:  is the album, on its own, any good?  Well, if you like a hybrid Amy Winehouse and Bjork then, yeah, go right ahead and pick up this album.

After the disaster that was “St. Anger”, Metallica managed to redeem themselves with the follow up, “Death Magnetic”, with its return to the “Kill ‘Em All” days of fast tempos, hard crunchy guitars and all around face meltage.  Old school fans breathe a sigh of relief when it was clear that the group did forget where they came from.  “Beyond Magnetic” is a four track EP containing leftovers from the “Death Magnetic” sessions.  There’s really nothing else to say, so if you like “Death Magnetic”, you’ll love this.

Wendy Rene is one of those artists who you’ve never heard of, yet you hear her stuff all the time.  For example, her vocals were sampled by Wu-Tang Clan for the song “Tearz”.  The sampled song, “After Laughter Comes Tears” was later covered by Alicia Keys.  Now you will have a chance to get a taste of why her songs are sampled so much, like “…Tears” and “Bar B Q”.

And now we have something really exciting.  If you like RJD2, then you’ll love “The Search Engine” by one DJ Food.  Like RJD2, DJ Food beats have a cinematic feel to it.  Every track seems like it belongs to a cyberpunk movie starring Keanu Reeves, like “Percussion Map Pt.1”.  Other tracks include “Magpie Music” and “GIANT” featuring Matt Johnson.