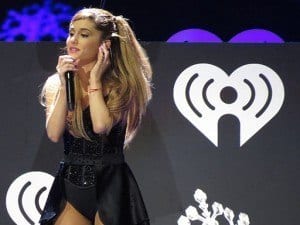 The VMA’s are back and hopefully without the raunchy performances from last year.

The 31st annual MTV Video Music Awards are returning on Sunday, Aug. 24 and we can only hope there won’t be a repeat of last year’s raunchy performances.

Pop princess Ariana Grande will be opening the award show with her new single, “Break Free,”  a huge step for Grande who only performed a pre-show medley before last year’s broadcast.

In addition to opening up the night, Grande will be joining Jessie J and Nicki Minaj for their collaborative effort, “Bang Bang.”

This year Grande has garnered three nominations for her hit single, “Problem” featuring Iggy Azalea, who she battles in the categories for Best Pop Video, Best Female Video and Best Collaboration awards.

Other performers expected to hit the stage are Beyoncé, Aussie natives 5 Seconds of Summer, Taylor Swift, Usher, Rita Ora and Iggy Azalea among others.

Maroon 5 and Sam Smith both announced they will be making their debut VMA performances as well.

The VMA’s will air live from The Forum in Inglewood, California on Aug. 24 at 9/8c ET.