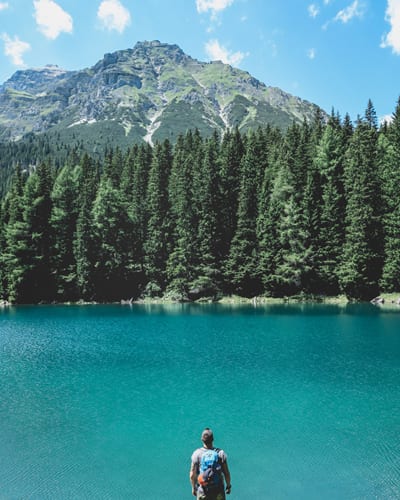 Perhaps the above exaggeration—which is only slight—resonates with a few prospective undergraduates. The following is a piece in praise of the gap year, a blanket term for the deferral from college acceptance in favor of a year in the professional workplace or in a volunteer service. While there is a myriad of gap-year programs, the idea still feels foreign and elusive to a lot of young Americans, and that’s usually because it is.

For high school students on the highway, not road, to university, the idea of holding one’s breath and singing at the same time is somehow not so daunting next to the awful list that comprises college requirements. Be qualified and complete the most difficult courses offered, but be well-rounded and have a job. Be artistic and play an instrument, but be proactive and able to consider prospective career paths. Be everything. Be in two places at once. Be a hologram. That’s not all, though, perhaps the most important part: have money to line your pockets.

A gap year is not only an option; for some, it is the only option—and an indefinite one.

Higher education isn’t just compulsory in certain circles; it’s also, as some know better than others, quite expensive. A gap year becomes life for those who can’t escape the cycle of poverty to seek access to a degree beyond high school. While a few elite universities have taken awkward steps toward equity (Stanford), the majority remain inaccessible to all but a minute fraction of incredibly privileged youth. The problem of access to education is hardly unique to the United States, and the issue is highly complex when considering the multi-faceted nature of humanity. Racism, classism, and transphobia drive artificial wedges into the population and leave “minorities” in the dust of dead-end towns. Some are singing, some didn’t know they could and some can’t.

The United States must better service its disenfranchised youth, specifically for its low-income, black, and transgender students, who all graduate high school at dramatically lower rates than their white, mid to high-income cisgender peers. The gap year does not solve inequity, but it challenges the status quo and provides disenfranchised youth a greater propensity for success.

On the highway to higher education, the gap year and subsequent government programs provide students with hands-on, career-oriented skills that will benefit both the student and partnered communities. For those who wish to attend university, the gap year has become a more credible option in recent years, especially with high-profile individuals such as Malia Obama deciding on delaying entry to Harvard.

With such a high-profile case comes the everlasting misconceptions.

The idea that the gap year is expensive is only half true. AmeriCorps’ City Year, for example, provides student volunteers with a stipend. And for some, a gap year is not facilitated by a non-profit organization, but simply means working full-time in order to find the means by which one might actually afford a decent higher education in this country. To dismiss this option is classist. It is arguably the most rewarding one. For those to whom this applies, I personally advise against finding yourself in other countries through pricey international programs. The gap year is about you and your education, you will not find yourself; you will find other people. There are certainly some excellent programs abroad for those who can afford it, but there are also programs—and ways to live—right here.

The gap year is a space to breathe, to sigh and return to life. Why does the American often discount the credibility of the gap year? Well, as we discussed previously, Americans hate breathing. In returning to the hyperbolic Annie Get Your Gun-inspired first paragraph, though, the disparities are made plain. I do mean to say that the college process is mere pageantry, and in saying so emphasize the performative nature of pageantry, which is an expensive, luxurious, and inaccessible one. The gap year, alternately, has the capacity to strip away the smoke and mirrors in exchange for life lessons and proper growth.

To dispel the great mystery of the gap year, consider the courses of action laid out by the American Gap Association. You’re not better than anyone, and you deserve equal access to a lesson on agency.

Read: How To Set Academic Goals