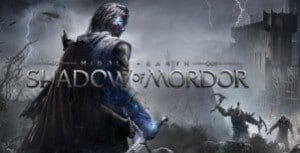 We’ve had an infatuation with Tolkien’s universe for the last 13 years, and if Middle-earth: Shadow of Mordor is any indication of what we can expect going forward, we won’t be moving on any time soon. Releasing on PC, last-gen, and current-gen gaming consoles (Nintendo Wii U the exception), the game sets the bar for combat in an action adventure game. And while the narrative is wonderful, always a tricky venture into a licensed series, there are still stretches where you may find yourself getting bored or falling into tedious “rinse, repeat” combat settings.

Mordor is a section of Middle-earth that’s cordoned off by tall mountains and is overrun with orcs, goblins, and uruks and takes place slightly prior to Frodo and the Fellowship of the Ring embarking on their journey. Sauron is still gathering his strength for his assumed-return and the dark army is lead by The Black Hand, a vicious bastard who will stop at nothing to see his Master returned.

The Black Hand, while referenced throughout the game, is only seen during the prologue and the extremely anti-climactic final scenes, though when you’re in his presence the aura of evilness he exudes is unmistakable. It’s that darkness that causes you, Talion, a Ranger of Gondor, to eventually lose everything and end up “attached” to a long-dead Elf-turned-Wraith. With an urge for revenge and to find out why you’ve been paired with the Wraith, Talion sets off to find The Black Hand.

The journey isn’t easy though, in order to track down Sauron’s dark General you’ll be forced to experience Shadow of Mordor’s new Nemesis System. The Nemesis System takes random enemies and, as they accomplish important tasks in the game — initially as simple as killing Talion — will promote them within the ranks of the uruk hierarchy. There are three tiers of Captains within this hierarchy, each with five captains, and of those fifteen NPCs, they all report to one of five Warchiefs.

Littered throughout Mordor are different events that these Captains take part in and Talion has the ability to witness the event and intervene (or not). If the Captain is successful during the event, which can be a hunt, an ambush of another Captain, or even an execution, they will gain Power which gives them new abilities and potentially earns them the right for a promotion. If Talion decides to kill a Captain or a Warchief, there’s a vacancy that can then be filled by another enemy with a unique name, strengths, weaknesses, and fears. The Nemesis System, not available in its full glory on Xbox 360 or PS3, so beware, is takes your gaming experience and adds in indefinite amount of replayability to the game.

Because of your tie to the Wraith, you gain superhuman-like abilities that work fluidly with the skills you develop as a Ranger. Dispatching enemies and completing tasks earns XP, which is then used to upgrade skills toward either skillset. While you’ll eventually earn each skill available, the first part of the game will allow players to customize exactly how they expect to play through, allowing for combat bonuses or stealth abilities to aid you on your journey.

While playing Middle-earth: Shadow of Mordor, you’ll note that the game feels incredible, a strange hybrid of the Assassin’s Creed and Batman Arkham series. You’ll find that while the action is breathtaking and tense during every combat, the game essentially falls into two parts. Part one is during the first half, where you approach everything stealthily and take less risks in combat because you can be easily overpowered.

Part two is the second half of the game where you’ve leveled your character to the point where you’re unstoppable. It can grow repetitive if you simply use your best maneuvers time and time again. Players who change up their combat style and implement an array of abilities will have far more fun with the action than those who do the same thing over and over again, but unfortunately the game does little to force that change.

For fans of the Tolkien universe, you may suffer some disappointment in the geography and character selection for the game. While each of the two areas is indeed beautiful, varies in  looks, and spans a large distance, you may find yourself wanting for familiar areas. The writing lends a nod to some areas that we know, Gondor for instance, but with no real “safe haven” for players to stop at and pick up additional tasks, it’s no wonder some are frustrated crossing the same terrain for the umpteenth time.

The gameplay is wonderful and the Nemesis System will certainly be something that changes the face of gaming (yes, it’s that good), but if you’re looking for something deeper beyond amazing combat, eye-popping visuals, sandbox-like gameplay, and brutal executions, you might be a little disappointed. The game is more Action than it is RPG, but it does a great job of adding lore to a universe full of it, without altering the course of the history that you may already know.

Regardless of the Tolkien-esque setting, if this gameplay and system were in place for any other franchise, it’d immediately make it a classic. And that’s just what Middle-earth: Shadow of Mordor is, an instant classic.