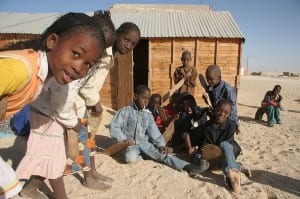 al-Senussi is wanted in Libya, France, and the Hague.

Mauritania was recently reported to have agreed to the extradition of Abdullah al-Senussi, but government officials later denied any such agreement had been made.

Muammar Gaddafi’s ex-spy chief, Abdullah al-Senussi, arrived in Mauritania more than a week ago. He is wanted in Libya so he can go to trial for charges of attacking civilians during the uprising in Libya last year, and for the 1989 bombing of a French airliner.

Mauritania government officials said, “Mauritania has given no assurances whatsoever to Libya regarding handing over al-Senussi,” just hours after Libya claimed Mauritania had agreed to extradite Gaddafi’s right hand man.

Mauritania officials were wary of handing over al-Senussi because it is unclear if he would receive a fair trial in Libya. Gaddafi was killed by the mob that arrested him, and al-Senussi could face the same fate if handed over to Libyan officials.

The West African country of Mauritania has become a safe haven for more than just ex-spies wanted for war crimes. Thousands of refugees have arrived in southern Mauritania after recent fighting in northern Mali displaced many. Intensifying fights have forced entire communities to flee Mali, while droughts have forced Mauritanians to move south to Mali in hopes of finding pastures for their herds.