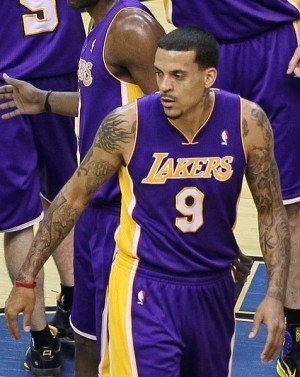 Matt Barnes of the Lakers announced via email that he and Gloria Govan have split.

“I’d like to address the rumors surrounding mine and Gloria’s relationship,” Barnes’ statement read. “We have reached the difficult decision of ending our relationship and will be going our separate ways at this time. We will work together to raise our sons and wish each other only the best.”

The LA Times reports, Barnes and Govan never married, making it difficult to determine how their assests will be divided and how custody of their three-year-old twins will be arranged.

Barnes was arrested on suspicion of domestic violence last summer. Govan’s role with “Basketball Wives” has created problems and drawn attention to their relationship.

Despite the split, Barnes will host a charity game in San Jose on November 5. The game will feature the 2007 Golden State Warriors team against the current Warriors. A portion of the proceeds will go to Barnes’ foundation Athletes vs. Cancer.