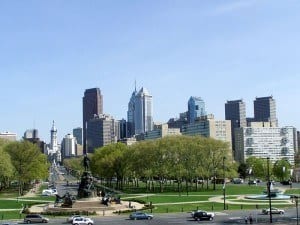 Jay-Z, Pearl Jam, Santigold and Skrillex all to perform

The Made in America festival was announced last week by headliner and curator Jay-Z, and now an official lineup has been released.

Jay-Z announced the Budweiser Made in America festival last week. It will be held in Philadelphia over Labor Day weekend, September 1 and 2.

A total of 28 artists will perform at the Budweiser Made in America festival, and more acts will be revealed at a later date.

Other acts have been speculated to appear, but were not announced as of Monday’s lineup release. Jay-Z’s wife, Beyonce, was among the acts rumored to appear, as well as Drake and Philadelphia’s hometown boys the Roots. What would a Made in America festival be without a nod to the city of Questlove—uh, that is, Brotherly Love?

During the announcement, Jay-Z promised that Made in America would be wide-ranging and musically diverse. “The lines that separate us, I don’t believe in that,” Jay-Z said. “That’s for people who need to easily define what they’re hearing. Me, I’m cool with everything and anything I’m hearing that’s music.”

A presale for Budweiser Facebook fans began this morning, and two-day passes go on sale to the general public tomorrow, May 23, at 10 a.m. A limited number of passes will be priced at $99.