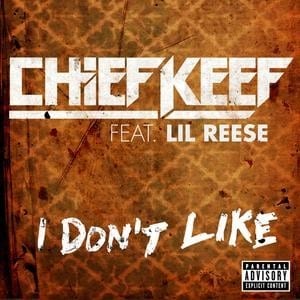 The Chicago rapper is not denying the act

Lil Reese, the Chicago rapper with Glory Boys Entertainment, is seen in a viral video physically attacking a young female at a party. The young rapper is more upset when whoever put it up than his own actions, it appears, as he took to Twitter after the cell phone-shot video was posted Oct. 25.

In the video, which can be found on Youtube with many replications, shows a female getting into a verbal altercation with a young man wearing a red hoodie (assumed to be Lil Reese). After arguing, and telling the man to keep his hands to himself, the two start to get physical just as the fight becomes gruesome to watch.

The man presumed to be Lil Reese begins to punch the female while others stand by and watch the fight. Snickering is heard from behind the camera as the female is shoved to the ground to be beaten and stomped. She can be heard screaming “Wait, wait!” as the male continues to attack her while she cries and shrieks.

Lil Reese, whose real name is Tavares Taylor, addressed the video Oct. 25 on his Twitter account. He stated in the tweet that the video was old, and whoever posted it is “broke and bored” for trying to bring it to the spotlight.

Lil Reese and his affiliates Chief Keef and Lil Durk are rumored to be tied to the Black Disciples gang, and the rappers are familiar with being in the headlines. Lil Reese was arrested for aggravated battery with discharge of a firearm, according to the Chicago Sun-Times. Chief Keef also appeared in the news after posting a mocking tweet about the murder of Joseph “Lil JoJo” Coleman, a known rival in their area.

The Lil Reese viral video is currently not being investigated by Chicago police because of the unknown location, victim or time of the attack in the video. The video has been filed for any further investigation.