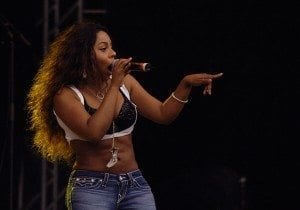 With multiple feuds arising in the rap world lately the biggest and most recent headlines come from the long-standing hostility between Lil’ Kim and Nicki Minaj whose feud, according to Billboard, is “more complicated than anyone realizes.”

Twenty-four hours after Bey and Minaj released their “Flawless” remix— in which Minaj took a jab at Kim and crowned herself the Queen of Rap— Kim responded by releasing her own remix of the song on Aug. 4.

Kim reclaims her title in her verse in which she raps: “Queen of Rap, fuck outta here/ Queen’s back, fuck outta here/ Time to get this rap bitch up outta here.” She finishes: “Damn, it’s a shame I gave you the rope/ bitch I want you to hang.”

That wasn’t all— Kim came back days later with “Identity Theft,” a diss track targeting Minaj who has continued to fuel the feud with songs of her own such as “Stupid Hoe,” “Roman’s Revenge” and “Tragedy,” among others.

According to T.I., Minaj often being compared to Kim has added to the hostility between the female rappers.

“It’s gonna put a chip on your shoulder in a different way too,” T.I. says.

Listen to the track here and decide for yourself: which one did it best?