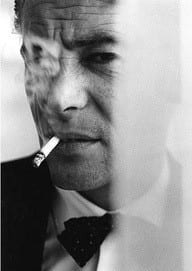 Famous for his role in Lawrence of Arabia, the actor died from natural causes

Legendary Hollywood actor and icon Peter O’ Toole has passed away from natural casues at the age of 81 on Sunday. The Irish actor, most famous for his role in classic 1962 film Lawrence of Arabia, instantly captured the hearts of audiences with his dapper attire, full blonde hair, and enchanting blue eyes. This film was the role that catapulted the actor into super-stardom with it leading to his first Academy Award nomination. This would be first of eight Academy Award nominations that the talented actor would receive in his lifetime.

Michael Higgins, the President of Ireland recognized just how much talent the world lost on Sunday. “Ireland, and the world has lost one of the giants of film and theater.”

He continued “In a long list of leading roles on stage and in film, Peter brought an extraordinary standard to bear as an actor. He had a deep interest in literature and Shakespearean sonnets in particular. While he was nominated as best actor for an Oscar eight times, and received a special Oscar from his peers for his contribution to film, he was deeply committed to the stage. Those who saw him play leading roles on the screen from Lawrence in 1962, or through the role of Henry II in Becket, and The Lion in Winter, or through the dozens of films, will recognize a lifetime devoted to the artform of the camera.”

O’Toole’s heart wasn’t always into being an actor. According to his IMDB, During his teen years his aspirations were to be a journalist, which he ultimately became, until he discovered theater at the age of 17 and attended the prestigious Royal Academy of Dramatic Arts, where he was accompanied by fellow future actors Albert Finney, Alan Bates and Richard Harris. After his big break in Lawrence of Arabia, he went on to star in a myriad of films including the famous features The Stunt Man and My Favorite Year.

Peter O’Toole married actress Sian Phillips in 1959 and had two daughters, Kate O’Toole and Patricia O’Toole. They divorced in 1979 and in 1983, he had a son named Lorcan Patrick O’Toole.

In a statement released by Kate O’Toole, she said “His family are very appreciative and completely overwhelmed by the outpouring of real love and affection being expressed towards him, and to us, during this unhappy time. Thank you all from the bottom of my hearts.”

She added in the statement “In due course there will be a memorial filled with song and good cheer as he would have wished. We will be happy to speak to you all then but in the meantime if you could give Peter O’Toole the respect he deserves and allow us to grieve properly, we would appreciate it.”