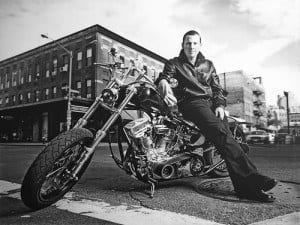 Lance Armstrong was officially stripped of his seven Tour de France titles and banned for life by the Union Cycliste Internationale Oct. 22 after reports from the U.S. Anti-Doping Agency accused the American cyclist of doping himself and his teams.

UCI, cycling’s governing body, agreed to strip Lance Armstrong of his impressive titles following USADA’s recommendations. The decision to accept USADA reports and not appeal to the Court of Arbitration was announced by UCI President Pat McQuaid.

This decision means that Lance Armstrong will be stripped of his medals for his Tour de France wins from 1999 to 2005, including taking his name from the record books and erasing his victories. Those years will have no official winner of the race.

Armstrong, a cancer survivor, cyclist and tri-athlete, decided not to fight the doping charges against him in August. The allegations against Armstrong pointed to him not only doping himself, but also his team.

The drug he allegedly was taking and passing were steroids, blood boosters called EPO and blood transfusions. Despite the fact that Lance Armstrong passed hundreds of drug tests, Armstrong was up against the USADA with the testimonies of 11 former teammates as proof of his drug use.

The USADA report said Lance Armstrong should be banned and stripped for “the most sophisticated, professionalized and successful doping program that sport has ever seen,” according to CBS News. Although Armstrong did not fight the allegations, team director Johan Bruyneel is facing charges and challenging the USADA case against him for arbitration.

Despite his accomplishments and role as a survivor, the stripping of titles for Lance Armstrong ends “one of the most sordid chapters in sports history,” the USADA said in its report.

Lance Armstrong has a bruised reputation now, and sponsors Nike, Trek Bicycles and Anheuser-Busch because of it have dropped him. He also stepped down as chairman to Livestrong, the cancer awareness charity he created after surviving testicular cancer and coming back as a winning cyclist.