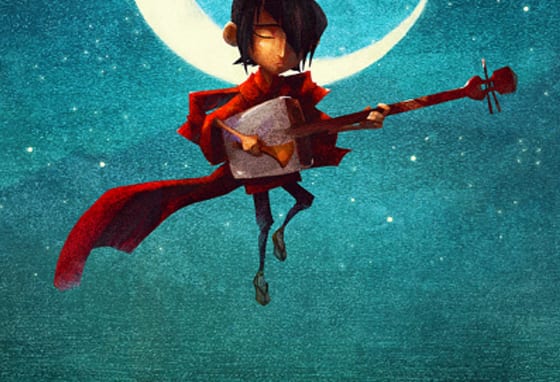 You will also like: A Spoiler-Free look at the newest Star Wars: The Force Awakens

Kubo and the Two Strings will be set in ancient Japan. Kubo, a young boy, cares for his mother in a Japanese village. His relatively unextraordinary life is set wildly off-balance by a visit from a spirit of the past who ignites chaos in which gods and monsters with evil intent chase Kubo down. In order for Kubo to survive he must locate a magical suit of armor worn by his deceased father, a legendary samurai warrior. Previews of the movie show glimpses of Kubo traveling across immense landscapes and facing enchantingly terrifying monsters, promising an action-adventure plot blending fantasy and thrills.

If that doesn’t sound good to you, then you’ll at least be hooked by the cast. The film features the all-star voice talents of people including Art Parkinson, Matthew McConaughey, Charlize Theron, and Rooney Mara. If this many legendary artists are involved, movie-goers should probably sit up and pay attention. It’s not every day that a stop-action film gets this sort of star-studded limelight.

Don’t be put off by this not being a movie with live faces and tangible landscapes. Stop-action films have proven over and over again to be just as mesmerizing as any of the rest of the genres. If you’re a fan of Coraline or Paranorman, know that the same studio is producing Kubo and the Two Strings. Laika Entertainment, LLC ‘s president and CEO is Travis Knight, who is acting as Kubo’s director and co-producer. This means that the level of quality and charm that Kubo will possess undoubtedly will be at the same level or higher as Coraline and the rest.

The painful part about all of this? Kubo and the Two Strings is slated to be released on August 19th. That’s ages from now. For the moment, movie-goers can eat up the previews that have already been introduced to the public and watch carefully for any further news. Or, branch out a bit and dip your toe in the exquisite waters that is Japanese anime while you’re waiting. Miyazaki has plenty for you to watch while you’re waiting.