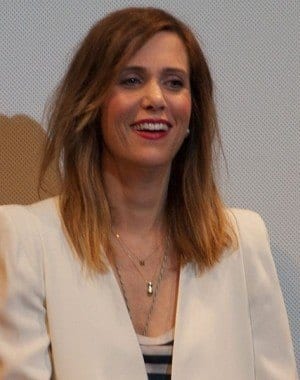 Kristen Wiig opens up about leaving SNL and her love life

SNL comedienne Kristen Wiig will be gracing the cover of Marie Claire magazine in its next issue hitting stands July 17. In the magazine, Wiig talks about her emotional send-off from the show and about her new relationship.

Wiig joined the SNL cast in 2005. The actress was made known through the breakout hit Bridesmaids which won her an Oscar nomination for co-writing the script. Wiig explains to Marie Claire she didn’t leave SNL solely on the presumptions of what many are thinking—to do film.

“I know a lot of people probably assume, ‘Oh she’s leaving because she is going to be doing movies now and things like that,’ which I will be…But I just always knew it was going to be seven and that was it. I think maybe if I were 22, I could see myself staying a little bit, but it was just felt like the right time,” explains Wiig.

During her last episode of SNL, Wiig was dancing to Rolling Stones songs She’s a Rainbow and Ruby Tuesday. Others who joined in on dancing with Wiig were fellow cast members, Lorne Micheals, executive producer, and a heartfelt Waltz with the host, Mick Jagger.

“You have all this stuff going on in your head, like, ‘I can’t believe seven years has gone by, and I’m going to miss all these people.’ And I’m like, ‘Oh, by the way, Mick Jagger is to my right, and I just danced a waltz with him.’ So there’s that…It was very emotional. I just wanted to get through it without breaking down in every sketch. Because nothing says comedy like breaking down,” said Wiig.

As for her love life, Wiig is dating Strokes drummer Fabrizio Moretti and tells Marie Claire, “I will say that I’m happier than I’ve ever been, and I feel very lucky.”

Wiig is set to be working on a few projects. Her next movie will be a comedy called Imogene. Alongside Wiig are actors Darren Criss, Matt Dillon, Annette Bening and Natasha Lyonne.