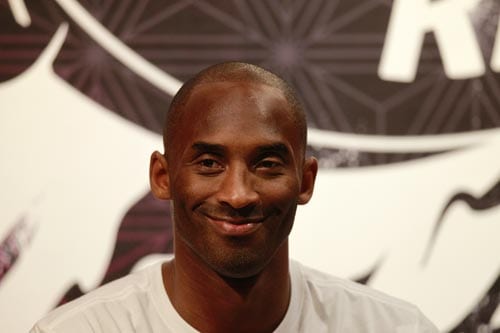 I know it is football season and the NFL runs the airways for the next few months but I am honestly trying to prepare myself for Kobe Bryant’s last year in the NBA. The most competitive piece of me sees one of the best ever to do it getting ready to walk away from the game he loves. Now when it comes to great athletes I am one who appreciates the effort that goes into that journey. Those elite athletes like Kobe Bryant serve as inspirational figures of perseverance and commitment to one’s craft. We need to celebrate these people but Kobe is in such a rare class I hope his celebration doesn’t take away from the performer he strives to be even in his final year at it.

We are witnessing the end to an era. As I spoke about in my Mayweather piece we are losing some of our generation’s greatest examples of athletic excellence to father time. Not to say we didn’t expect it to happen but the actualization seems to be creeping up much faster. Kobe is 37 and still looks young but injuries over the last 2 seasons have hindered his ability to perform in the manner only he knows how. When in the game and actually healthy he has definitely been successful. His teammates play tentative at times but after being able to play a season without him in 2014-2015 I think the team has an opportunity to improve greatly.

Bryant has recently been cleared to play after rehabbing from tough shoulder injury that had him sidelined most of 2014-2015 season. Critics are wondering if Kobe will be able to perform at his highest level coming into his final year on his Lakers contract and ultimately his last ride as a professional. I have no doubt that Kobe will be Kobe if healthy. The Lakers have some young talent with Julius Randle, the Kentucky stand out who sat out last year due to injury and their top draft pick D’Angelo Russell from Ohio State who looks to be the next great Laker once his potential pans out. Adding Kobe to this young enthusiastic roster maybe the jolt they need to prepare for a life without Kobe in LA. Retirement is a tough moment for great athletes and I suspect Kobe has it on his mind and will do everything he can to go out as close to the top he can get to. This season could be a sendoff year like Derek Jeter for Kobe but as a Kobe guy I hope he plays like The Black Mamba and enjoys every minute of the season.

Kevin Durant is BACK!

I’m excited for the NBA season, we can finally have a conversation about basketball and include Kevin Durant without feeling uncertain about his future. The Oklahoma City Thunder announced that Durant is cleared by doctors to play this upcoming season. With only a month and some change left until the season starts this is great news for Durant as well as the NBA.

Sometimes fans these days have short memory and seem to forget Kevin Durant was NBA MVP 2014. Durant’s return coupled with the emergence of Russell Westbrook to the next level will put the Thunder amongst the hierarchy of the league once again. Without Durant, the Thunder and Westbrook failed to make the playoffs for the first time since 2008-2009. Although the effort was not an issue, a lack of scorers and multiple injuries ultimately lead them to falling 1 game out of the playoff picture. Even though their season went down to the final week it ended up being a season game that was decided by a buzzer beater by Anthony Davis of the New Orleans Pelicans that propelled the Pelicans above the Thunder for that 8th and final playoff spot.

After consecutive seasons of Thunder star players suffering season ending injuries they look to rebound and go forward with new head coach Billy Donovan. Donovan looks to take the experienced team to the next level like Steve Kerr and his staff were able to do with the Golden State Warriors this past season. If the Thunder can stay healthy, with the Westbrook/Durant show proceeding as normal I expect the Thunder to lead the West most of the season. Golden State will have a tough road with the Spurs, Thunder, Rockets, and Clippers all bolstering their rosters this offseason. I see Westbrook winning MVP and Kevin Durant will win the scoring title. The Thunder have a short window left with these two great players I think they finally figure out how to capitalize. What do you think about how the NBA season will pan out? Leave a comment and let’s talk about it.