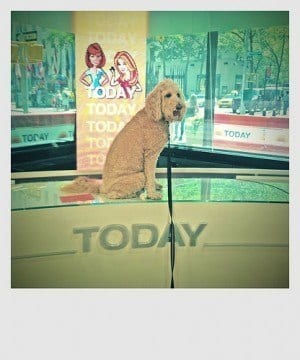 Unaware of his wife’s passing nearly two years ago, she commented about how great their marriage is

Kathie Lee Gifford committed an embarrassing mistake Wednesday when the Today show host asked Martin Short about his marriage, ignorant of the fact that Short’s wife, Nancy Dolman, had passed away from ovarian cancer nearly two years ago.

Kathie Lee Gifford spoke with Martin Short as he appeared on the Today show to plug his appearance in the movie Madagascar 3: Europe’s Most Wanted.

The awkward moment began with the best intentions when Kathie Lee Gifford remarked that Martin Short and his late spouse “have one of the greatest marriages of anybody in show business.” She then asked, “How many years are you in love with her now?”

“Why?” Gifford asked, (has she never seen Clifford?!) to which Short jokingly answered, “Cute. I’m cute.”

Martin Short apparently revealed to Kathie Lee that his wife had passed away during the following commercial break because Kathie Lee then immediately informed viewers that she had been corrected by Short and apologized for the error.

However, Kathie Lee Gifford committed another clueless error as she apologized. Gifford posted an apology on Twitter, stating, “I send my sincerest apologies to @MartinShort and his family. He handled the situation w/ enormous grace and kindness and I’m so grateful.” Gifford was seemingly unaware that @MartinShort is not the actor’s Twitter handle.

This is surprisingly not the first time Kathie Lee Gifford has committed an error of this kind. Gifford once asked James Taylor about his older brother when he was a guest on Live! With Regis & Kathie Lee, unaware that Alex Taylor had passed away over a year earlier.