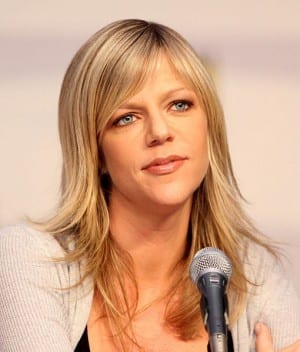 MSN reports that Olson is pregnant with her second son. Olson gave birth to her first child, Axel Lee, in 2010.

Olson joked about the pregnancy saying, “We’re having a boy! We’re so happy that Axel gets to have a brother so close in age. And that I get to add another set of balls to my very, very male world.”

She added, “We found out I was pregnant during my mom’s birthday weekend in Ojai, Calif. I was instantly so proud of this baby for already knowing how to make someone else’s special day all about him.”

Olson is best known for her role as Sweet Dee on the FX comedy “It’s Always Sunny in Philadelphia.” She is married to co-star and co-creator Rob McElhenney, who plays Mac on the show.