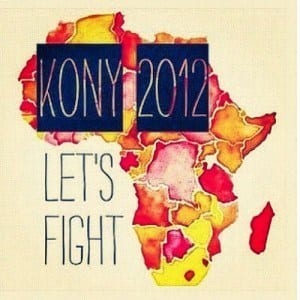 Joseph Kony may be receiving support from the South Sudanese government

Joseph Kony, leader of the Lord’s Resistance Army in the African nation of Uganda, is reportedly receiving support from the South Sudan government and may even be hiding out in the southern province of that nation.

A captured LRA fighter claimed that Kony was recently in a region of South Sudan, Uganda’s neighbor to the north, according to a statement from Ugandan forces commander Gen. Aronda Nyakairima on Monday.

The Ugandan military spokesman, Col. Felix Kulayigye, stated that some of the captured LRA rebels appeared to have been wearing uniforms supplied by the Sudanese government though no Sudanese weapons were found in the hands of the rebels.

Joseph Kony rose to internet stardom in the U.S. and globally after the circulation of a Youtube video created by the Invisible Children organization in an effort to bring attention to the plight of child soldiers in sub-Saharan Africa.

Joseph Kony is a convicted Ugandan war criminal and fugitive from the International Criminal Court but his reputation in parts of Uganda varies. Many remember the initial days of his insurrection and the oppressive Museveni government he battled.

The wife of Joseph Kony and mother of two of his children was abducted when she was 13 and forced to be one of his dozens of wives. Adye Sunday, 25, said of the fugitive warlord: “I don’t see Kony as a bad person. Everything done in the bush is blamed on Kony, but to me he’s not a bad person.”

Many see Jospeph Kony as no more than a murderous criminal; however, and his fugitive status does little except infuriate and confound many.

Joseph Kony is infamous for the horrid tactics he has implemented in waging his rebellion, including reportedly cutting the lips off women that ring the alarm of his advance, and ordering abducted children to kill their parents. Over 3,000 children have been abducted by the LRA since 2008, according to the United Nations and Human Rights Watch. Many families worry that their children may be killed in the search for Joseph Kony as soldiers may not be able to distinguish between rebels and abducted children.

In 2010, President Barack Obama sent 100 military advisers to Uganda in order to help the Ugandan government secure the capture of Joseph Kony but the rebel leader remains at large.