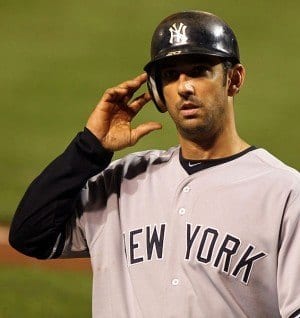 Catcher Jorge Posada retired Tuesday after 17 seasons with the Yankees.

The Washington Post reports that Posada finished with a .273 career batting average, 275 home runs and 1,065 RBIs. Posada, filled with emotion, quoted Joe DiMaggio at the televised announcement, saying, “I want to thank the good Lord for making me a Yankee.”

“I could never wear another uniform,” Posada continued. “I will forever be a Yankee.”

“Hopefully you won’t miss me that much,” Posada said after thanking his teammates.