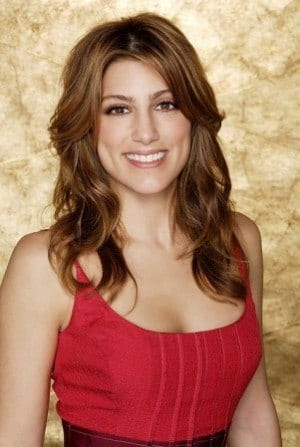 Jennifer Esposito has been written off of the CBS show ‘Blue Bloods’ after requesting and being denied a reduced schedule to help cope with her Celiac disease. In a string of tweets, Esposito accused CBS of thinking she was not “truly ill” and that she was simply using Celiac disease as an excuse to get a raise. The network has not let Esposito out of her contract and is not allowing her to work on any other production, suggesting that this might only be a temporary leave of absence.

CBS said in a statement that since Esposito is “only available to work on a very limited part-time schedule,” she would be “unable to perform the demands of her role.” The network added that Esposito is very talented and that it would be great if she came back in the future — but Esposito’s anger at the network makes it unlikely that she will return to her role as Detective Jackie Curatola, at least not anytime soon. Esposito called the network’s dismissal of her “shameful.”

Celiac disease is a condition of the small intestine; people with Celiac can’t absorb as many nutrients from their food because of a reaction to gluten, a protein found in wheat, barley and rye. Because they can’t absorb nutrients as well, people with Celiac disease might not get enough vitamins for proper functioning of the brain, nervous system and other organs, according to the Mayo clinic. Jennifer Esposito had collapsed on the set of ‘Blue Bloods’ before being written off, perhaps because of these symptoms of the disease.

Esposito’s lawyer denied that Esposito “created a scene” when she discovered from the script that she was being written off the show, the New York Post reports.