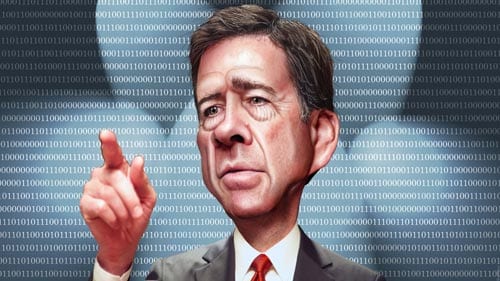 Before James Comey testifies on June 8, his pre-released statement has come to light; bringing into question whether Donald Trump attempted to cause an obstruction of justice.

“Trump stated ‘I need loyalty, I expect loyalty.’ I didn’t move, speak, or change my facial expression in any way during the awkward silence that followed. We simply looked at each other in silence”—James Comey

Comey replied: “You will always get honesty from me.”

Trump then said: “That’s what I want, honest loyalty.”

This account has been directly lifted from the James Comey testimony written prior to appearing before the Senate intelligence committee on June 8. In his account, James Comey raised concerns about the president’s proceedings. The FBI is supposed to work as an independent investigation agency and not work directly in the interests of the president and his staff.

James Comey had made several accounts to Trump during the presidential election in 2016 where he had to reiterate to him that he was not personally being investigated for his ties with Russia, but rather his election committee was. James Comey states he gave Trump his account on several occasions to reassure the president-elect at the time.

Trump’s insistence that the former FBI director pledge his loyalty to him and not the FBI ethical grounds raises significant questions about whether Trump was trying to pervert the course of justice and deter investigations into his campaign’s connections with Russia.

Upon the FBI directors’ resilience to Trump and refusing to drop the inquiry, James Comey found himself out of a job. Trump’s staff have tried to deny these allegations. Unfortunately, the schoolyard bully turned president had other ideas, declaring that firing him relieved “great pressure”, according to James Comey’s testimony that was produced when Trump met the Russian officials in the White House last month.

Comey will now answer questions both publicly and privately before the Independent Senate Committee on June 8. The public part of the investigation will be streamed online and on several news stations.

The James Comey testimony can be found here.