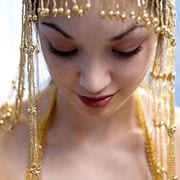 I walked into my first class in Spain, sat down and looked at a classroom full of strangers eagerly awaiting their first lesson with a new teacher, and thought “Oh Crap! What am I going to say to these people for the next hour?” I had no lesson plan. I had never taught a class in my life, and I barely spoke enough Spanish to ask where the bathroom is. So in a moment of sheer panic I started drawing fruits and vegetables on the board. However I am such a bad artist that I eventually had to act them out.

Possibly the most surreal moment in my life was trying to mime the word watermelon to a classroom full of strangers and getting paid for it.

There is a bug that some people have. It is a little itch that makes you want to travel, to experience people and places far different from your own. If you are one of those people that stares out of your window and wonder what life would be like on the other side of the globe, teaching English abroad can be the perfect way to satiate your curiosity.

Doing it Legit with TEFL

There are two basic ways to find a job teaching abroad. The first is to just go and take your chances. The second is to take a Teaching English as a Foreign Language (TEFL) course and train for the job. If you choose this second option it will be far more expensive with classes ranging from $1350-$2100, but it is a far safer alternative than just packing your bags moving to a foreign country and giving it your best shot.

TEFL courses teach you the newest language teaching methods and attempt to ready you for what you will face in the classroom. Along with training, most of these institutions offer help in finding a job for you in the country of your choice. The TEFL Institute in Chicago claims a 100 percent placement record for students who have gone through their program. According to Bruce Jones, a representative for the institute, anyone can be a teacher regardless of experience. Around 90 percent of overseas English teachers are from a background other than Education. As well, knowing the indigenous language is not only unimportant, but often discouraged.

“The reason people want to hire native English speakers is because when you teach class it is complete immersion,” said Jones. “They don’t want you trying to communicate with the students in your broken Spanish.”

Life as an illegal immigrant: There are no Home Depots in Europe, an under the table alternative

While placement through a TEFL organization can only help you find a job in a foreign country, it is by no means essential. Due to the importance of English in the business world, there is an extremely high demand for teachers all over the world particularly in growing economies such as Southeast Asia. Because of this high demand it is not that difficult to just arrive in a foreign country and find a job.

John Gable Lived and worked in Bologna Italy for an entire year without any formal TEFL training. Gable simply went to Italy and gave his resume to the different teaching institutions in each city he visited. He found that wealthier mid-sized cities offered the best opportunity for employment.

“It is actually easier than people think because English is a commodity over there,” Gable said. “[Still] it is easier to find jobs in wealthier areas with a large population base because there are more people who want to learn.”

While Gable and Jones differ in what they think the best approach is to finding a job, both agree that it is a job that can be done by anyone and is a great way to learn about other cultures. Still if you are unprepared then it can be a daunting experience. Both Gable and Jones made a point that the toughest part is not the work, it is life. According to Jones 50 percent of those who go to teach in South East Asia quit or are fired within six months usually due to the stress of living in a foreign country.

“I don’t think people realize the alienating effects of living abroad,” said Gable. “Realize there are obstacles. If you look at it as a big vacation you are going to be surprised. But, I had a positive experience and I think it is a wonderful way to live abroad.”

Top 5 things to do before you go

Top five reasons to teach English in a foreign country