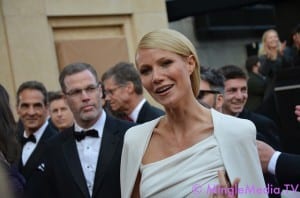 Gwyneth Paltrow has been named the “World’s Best Dressed Woman” by People magazine. Paltrow’s win was somewhat of a surprise but is attributed to her classic and elegant style. Elizabeth Saltzman, stylist to the trendy star, told People that Paltrow keeps to her own “uniform.”

“She doesn’t do fringe. She has a uniform. It’s simple, not overdone,’ Saltzman says of the acclaimed Gwyneth Paltrow look. “She goes, ‘I’m happy—and that matters more.’ That’s what sets her apart from the rest.”

“Simple, not overdone” describes the 39-year-old actress’ looks in some of her most popular outfits, namely the most recent white, Tom Ford caped ensemble she wore to the 2012 Oscars, the shimmery Calvin Klein Collection dress she shined in at the 2011 Oscars and, not to forget, the famous pink Ralph Lauren gown she accepted her 1999 Oscar in for Shakespeare in Love. A lot of classy designers makes for a classy Gwyneth.

People claims the list of best dressed women in the world was put together with input from their 42 million readers, editor and fashion bloggers. Gwyneth Paltrow, mother of two, beat out her younger competitors for the top spot, but the competition was close. Kate Middleton, Emma Stone, Rihanna and the Kardashian sisters were all runners up. The Duchess of Cambridge was named the woman with the best style, and Jessica Alba won “Best Jeans.” Emma Stone has been making a name for herself in the fashion industry, attending red carpet events in bright, bold and mature outfits this past year.