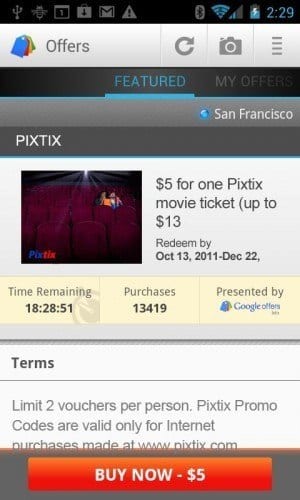 Google Offers launched yesterday, allowing anyone with an Android 2.1+ device to get deals sent directly to their phone. Taking on competition like LivingSocial and Groupon, Google Offers gives users exclusive deals in their area on a daily basis.

The app even allows users to redeem the deals directly from their phone.

So far, the reviews are good, with the app averaging a 4.0 star rating.

Find out more about Google Offers and download it here.