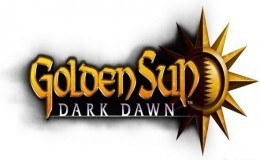 It’s been a long wait, but it was totally worth it

It’s been seven years since gamers last saw Camelot’s critically acclaimed “Golden Sun” Role Playing Game (RPG) series on the Gameboy Advance, but fortunately, the long development cycle of the latest installment, “Golden Sun: Dark Dawn” has been a non-issue for this highly anticipated Nintendo DS exclusive. Featuring all the gameplay elements expected from a “Golden Sun” role-playing experience and enhanced by the technological capabilities of the Nintendo DS hardware, Camelot’s latest definitely won’t disappoint its die-hard fans who have been waiting all these years.

Set thirty years after the events of the last “Golden Sun” game, “Lost Age”, “Dark Dawn” follows the adventures of the children of the series’ original protagonists as they fight to save the world from a looming evil. Unfortunately, despite “Dark Dawn” being a story driven game, only long-time fans of the franchise will be genuinely engrossed by its narrative. If you’ve played the first two “Golden Sun” games (preferably recently), you’ll find the constant references to past lore incredibly interesting. However, if you didn’t follow the story closely or if this is your first experience with “Golden Sun,” the incredibly text-heavy dialogues will quickly become tedious. You’re occasionally given the option to respond to conversations with certain emotions, but unlike games like “Mass Effect”, this amounts to little more than entertaining the illusion of interactive dialogue.

Fortunately, while “Dark Dawn’s” storyline might not enthrall everyone, its combat is still rock solid. While you explore, you’ll randomly be forced into battles that adhere to a very conventional, turn-based style of combat. Like previous “Golden Sun” games, you’ll also be able to collect Djinn that not only allow you to customize and upgrade your character’s abilities, but also summon a specific Djinn in combat to wreck havoc on the battlefield. Battles in “Dark Dawn” won’t hold too many surprises for anyone familiar with the genre, but it’s still incredibly enjoyable as long as you’re expecting a traditional, old-school RPG.

Being a “Golden Sun” title, another area where “Dark Dawn” absolutely excels in is its puzzles. Whenever you’re not managing your inventory or fighting monsters, you’ll be solving a vast array of challenging obstacles and riddles that the game regularly throws your way. Some of them are more basic and merely require you to rely on whatever spell you just learned, but there are a number that force you to think more outside the box as well. All of them are creatively designed and present a fair amount of difficulty. There isn’t anything that will tax your brain too much, but you’ll still feel like you accomplished something meaningful when you solve one.

“Golden Sun” games have always been visually impressive, and “Dark Dawn” is no exception. Its cel-shaded (when computer graphics appear hand-drawn) character models look awesome, the environments are detailed and the animations you see in combat are smooth. On top of that, the game has a solid soundtrack that ranges from sweeping, epic scores to catchy melodies you’ll find stuck in your head long after you turn your Nintendo DS off.

“Golden Sun: Dark Dawn” has flaws that prevent it from retaining the same level of prestige that its predecessors earned back on the Gameboy Advance, but that’s not to suggest that it’s not an excellent Japanese Role-playing Game (JRPG). The turn-based combat might be familiar, but it’s fun. The storyline might not be the most creative, but it keeps the action moving and fans of the lore of “Golden Sun” will love it. The puzzles aren’t the most complex, but they’re uniquely designed and are just challenging enough to be challenging without ever becoming frustrating. On top of all that, the game clocks in at an impressive 30 plus hours.

If you’ve played the first two “Golden Sun” games, picking up “Dark Dawn” isn’t really a question. You’ve been waiting for seven years to play this game –it’s not like you ever even entertained the idea of not buying it. If you’re brand new to the franchise, though, as long as you’re expecting a traditional JRPG experience, “Golden Sun: Dark Dawn” is still a great game to keep you occupied through the holidays.