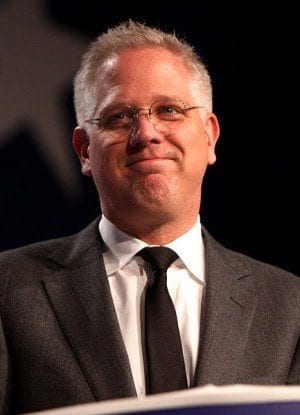 A flight attendant blatantly disrespected him for his political views, Glenn Beck says

Glenn Beck claims he was treated as a “subhuman” on a recent flight from New York to Texas, and on Tuesday he announced on his radio show that he planned never to fly with American Airlines again.

The American Airlines flight attendant, Glenn Beck said, treated every other passenger—including Beck’s children—with respect and friendliness. However, when it came time to serve Glenn Beck his drink, the flight attendant slammed the can of soda down in front of Beck without opening and pouring it for him. The flight attendant also avoided looking Glenn Beck in the eye or speaking to him in even a neutral tone, Beck reported. On his way off the plane, Beck said, he told the attendant he was thankful his children weren’t treated with such disrespect. The attendant told Beck that he “deserved it.”

Glenn Beck also said the flight attendant “put on quite a show” for the other passengers, telling them about his time as a soldier and his pride in the “very liberal cities in America.”

In response to the incident, Beck tweeted that he hoped no one else would be treated as such on American Airlines, and announced he was boycotting the airline for hiring someone who would do so. The airline tweeted back an apology for his treatment on the flight and assured him that they were taking the matter seriously.

Glenn Beck posted another tweet that he is still “investigating” as to whether he’ll discuss the incident further on his show.