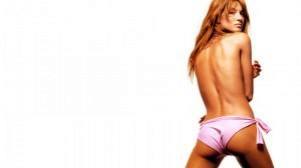 Gisele Bundchen: angels to her aid

Gisele Bundchen may have been unpleased with her New England Patriot quarter back husband Tom Brady’s teammates, by her angels are standing by her side.

There has been much fodder since Sunday’s Super Bowl XLVI about Gisele Bundchen criticizing New England’s receivers.

She was video taped saying, “I can’t believe they dropped the ball so many times. My husband cannot f—king throw the ball and catch the ball at the same time.”

Following Bundchen’s comments, defensive back, James Ihedigbo stated, “You can’t point fingers at anybody. Wes made amazing plays all season.”  “You win it as a team; you win it and lose it as a team. And we lost to a good football team.”

The media buzz around the Brazilian bombshell’s comments have drawn her much undesired attention, but her fellow Victoria Secret Angel’s have rallied behind her.

“I think that everybody was getting so into the game, and I think that it’s her husband and she just really cared about it,” Victoria Secret model Lindsay Ellingson told MTV News. “I don’t think she meant anything bad by what she said and she was just so passionate, I don’t blame her. [She was] standing up for her man.”

Twenty-seven-year-old model, Doutzen Kroes also stated, “I don’t know the whole deal about it … I think you always have to stand up for your husband, you’re a team. And you know if she did that, I would’ve done the same.”