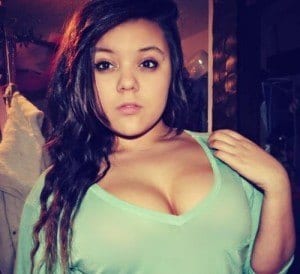 Video of the teen sucking her own used tampon disgusting, sad

Giovanna Plowman, a teenager desperate for fame on the internet, may have stumbled upon infamy when she uploaded a video to her Facebook and YouTube accounts of her removing her bloody tampon and sucking on it. Yeah, ugh. Just. Man oh man. It has been debated whether Giovanna Plowman’s video is legitimate or if it’s an elaborate hoax. Some have speculated that the tampon in the video was dabbed in ketchup or tomato soup. Let’s hope they are right.

The video in question has since been deleted from Facebook and YouTube for terms of agreement violations, but the viral spread has already begun. Numerous fake twitter accounts claiming to be Giovanna Plowman have already popped up, some topping over 70,000 followers in under a week. Whether the video is legitimate or not, Giovanna Plowman seems to have gotten her wish for internet fame. For sucking a tampon. This is what it has come to. Come on.

One has to question whether the means in this case justify the ends. Giovanna Plowman certainly thinks so. On her facebook page earlier this week, Giovanna Plowman posted a status reading, “OMG! SO I JUST FOUND OUT IM GOING TO BE ON TOSH.O!!! one of daniel tosh’s agents got ahold of me and said they would love to have me and my video on there show! This is amazing. Like i never thought it would get this big. And of course ill be going.” Great. This story has a happy ending, for her at least. Not for her viewers (or parents).

It has been rumored that the outcry and bullying directed at Giovanna Plowman stemming from the video has caused the young teen to commit suicide, but no sources can confirm or deny this. The water has yet to be cleared so pave way for what is the true Giovanna Plowman story, but whatever it is, it’s dark, it’s gross, and it’s bloody.