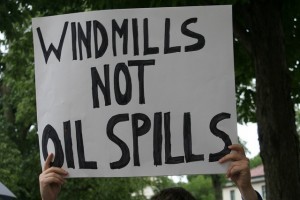 Does he really make a difference in the world’s most expensive industry?

President Barack Obama is set to speak this evening at University of Miami, concerning American’s tension over the rising gas prices. Obama currently promotes an energy strategy that the administration says will further reduce dependence on foreign oil.

The news will not be all sunshine and rainbows though, considering the subtext of the campaign argues, “The federal government can do little to halt the rise in gas prices.” Obama’s advisors are hoping that the campaign will help sway the 58-percent of Americans who disapprove of the president’s gas price strategies.

The current price for gas is $3.58 and is the highest it has ever been for this time of year. With Santorum warning “$5 gas prices” in the near future and Gingrich claiming “I could lower the prices to $2.50,” the Obama administration feels the pressure to address the issue.

The point will assuredly be made this evening that Obama’s policy is in fact working. Since his election, the production of oil has increased, and the consumption of gasoline has decreased.  With the little power the president has on the cyclic occurrence, this statistic does seem to be a plus for Obama.

Other issues that loom over the influence on gas prices are the current conflicts with Iran. OPEC, in the beginning of 2011, stated that Iran contained 9% of the world’s oil reserves. The fear of an all out war with Iran would be detrimental to oil prices around the world and the country’s exportation of 2.2 billion barrels of oil a day would surely be disrupted.

Even worse though, the Strait of Hormuz, that lies directly south of Iran’s border, supports the transportation of one fifth of the world’s oil. While the Israeli government contemplates an attack on Iran due to their nuclear programs, the impact would be staggering for gas prices, and Santorum might be right. President Barack Obama has his hands full in tonight’s campaign.