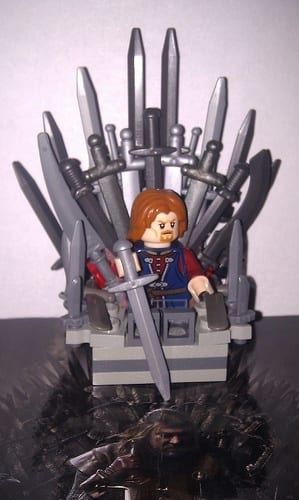 While the third season aired its finale on HBO a scant two nights ago, fans are already talking about Game of Thrones Season 4.

Game of Thrones Season 4 will have a lot of ground to cover, with an ever-expanding cast and numerous plot points. Sunday night’s finale alone featured 21 out 24 regular cast members and six different storylines.

Series writer-executive producer David Benioff is keeping tight-lipped on what stories from the books will be featured in Game of Thrones Season 4, but understands the concerns fans have about the shows many characters and plotlines.

In an interview with Entertainment Weekly, Benioff said “The series has already reached a point where there are so many characters, particularly in season three we’re introducing so many new ones, we run the risk of bursting at the seams as we try to cram every single subplot and all the various characters and it becomes impossible on a budgetary level and it becomes impossible on an episode-basis to jump around every few minutes to 30 different characters and locations.”

Some of the storylines have moved along at a typical pacce while Daenerys Targaryen has been walking in the desert longer than the Hebrews did in the Old Testament. Fans might want to have the blonde baroness and her dragons lace up their walking shoes and pick up the pace a bit in Game of Thrones Season 4.

Game of Thrones is about a lot of build up, so the audience gets the sense that things are converging towards something larger, but they don’t know exactly when that will happen. It might be preferable for Game of Thrones Season 4 to expedite the plots a little bit but it also runs the risk of catching up with the books.

Game of Thrones Season 4, like the preceding chapters, will be based on author George R.R. Martin’s series of novels. The HBO series has adapted events from three of the five novels currently published. Martin is still working on the sixth novel The Winds of Winter, due sometime in 2014.

To avoid catching up or even passing the storylines in the novels, Martin and HBO have visited the possibility of stretching the seasons out or even delaying production. The big problem standing in their way? The inevitable aging of man.

“We can’t wait too long because of the kids,” Benioff told Entertainment Weekly. “Issac’s [Hempsted Wright] voice is changing. Everyone is getting bigger. We have this wonderful cast, but we don’t have an infinite amount of time.” (They could always just have strangers kidnap the kids on a boat and have them come back older later in the series, like Lost did, but I digress.)

Currently Game of Thrones Season 4 is still in pre-production, with Martin handing in the script for the second episode in April.

So while we know how much you love your dragons, bare breasts and profanities you might have to wait a bit to see Game of Thrones Season 4.